Black Women Are Vital to the Entrepreneurial Landscape 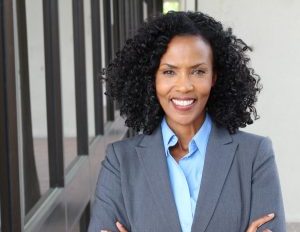 African American women are motivated to start their own businesses for a variety of reasons, including following their passions; having more freedom and flexibility; creating generational wealth and a legacy for their children; and giving back to their respective communities. In fact, black women are among the fastest growing groups of women-owned businesses in the country–to the tune of 1.5 million, making up nearly 60% of black-owned businesses.

But, while the success of black women entrepreneurs over the past ten years has been significant, “challenges still remain,” says Carla Harris, chair of the National Women’s Business Council (NWBC), which released a new report titled Black Women Entrepreneurs: Â Past and Present Conditions of Black Women’s Business Ownership. The report was prepared for NWBC and the Small Business Administration by Walker’s Legacy, a global women-in-business collective. It details the findings of black women business owners who participated in three research events earlier this year.

The Critical Role of Black Women in Business

“Black women play–and have played–a vital role in the entrepreneurial landscape with the U.S,â€ said Natalie M. Cofield, founder and CEO of Walker’s Legacy, in a released statement. Cofield continued, “With this report, we’re proud to continue to champion the agenda of understanding, empowering and supporting black women business owners by raising this critical dialogue nationally.â€

The report is one of a series of planned NWBC studies into subpopulations of female business owners, which will be released over the coming year. It sheds light on current barriers black women face when starting and maintaining a business, and it identifies components needed to help them continue to build and grow successful business ventures.

Participants indicated “riskâ€ and “fearâ€ as key barriers to accessing financial capital. Black women business owners describe the process of accessing funds for their businesses as “lengthyâ€ and “exacerbated by a lack of information.â€ In addition, many indicated that racism and discrimination were contributing forces to the lack of access to financial capital. Participants also described the challenges of “not having a seat at the tableâ€ or at the “right tables,â€ as well as not having the social and human capital that would make them privy to key resources.

The report suggests that black women entrepreneurs should consider seeking non-traditional funding sources, such as crowdfunding. This will allow them to overcome the intimidating, daunting process of pursuing more traditional funding methods.

Female Breadwinners Leading Households and Families More Than Ever