K.J. Miller and Amanda E. Johnson, the founders of Mented—a cosmetics brand for diverse beauty—just became the 15th and 16th, respectively, African American women to ever raise $1 million in capital for their business, according to an emailed press release.

The two Harvard Business School grads launched the business in March of this year. They were inspired after they could not find makeup suitable for their complexions.

Back in March, the pair started the business by hand-making their own samples and spending about $10,000-$15,000 of their own money, they told Black Enterprise in an interview.

After testing their products around the country with consumers and makeup artists, they realized the potential of Mented (which is short for pigmented, by the way). They were able to subsequently raise a pre-seed round of capital totaling $400,000.

The latest round of funding, from a mix of VC firms and angel investors including iSeed Ventures; Built by Girls; Corazon Capital; Outbound Ventures; BAM Ventures; and Blue Seed Collective.

They started with five nude lipsticks and have expanded the product line to lip gloss and nail polish. On the roadmap are eye shadow palettes due spring of next year as well as makeup for cheeks and face.

The co-founders were able to expand via aggressive digital marketing and through word of mouth promotion. They admit to “stumbling” when first networking, pitching, and selling.

Miller spoke with Black Enterprise previously about the difficulty of raising funding and how doing so required strategic thinking.

“There are a lot of systemic and institutional reasons people of color are left out of the fundraising game,” she said. “However, the result of being left out for so long is that, even when we are at the table, we sometimes lack the confidence to seek the funds and the valuation we deserve. That’s why our advisor told us to ‘put our white man hats on’; when you know you’ve done the work and you have the experience, you should be able to walk into the room with just as much confidence as anyone else.

Miller says that raising the new round of funding and expanding the business has been “a journey” and not an easy one. She says it has helped to have the support of investors who “understand the true gap in the market.”

Johnson agrees. “We appreciate all the support we have from the investors.” She says they “appreciate the woman of color consumer.” 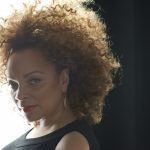