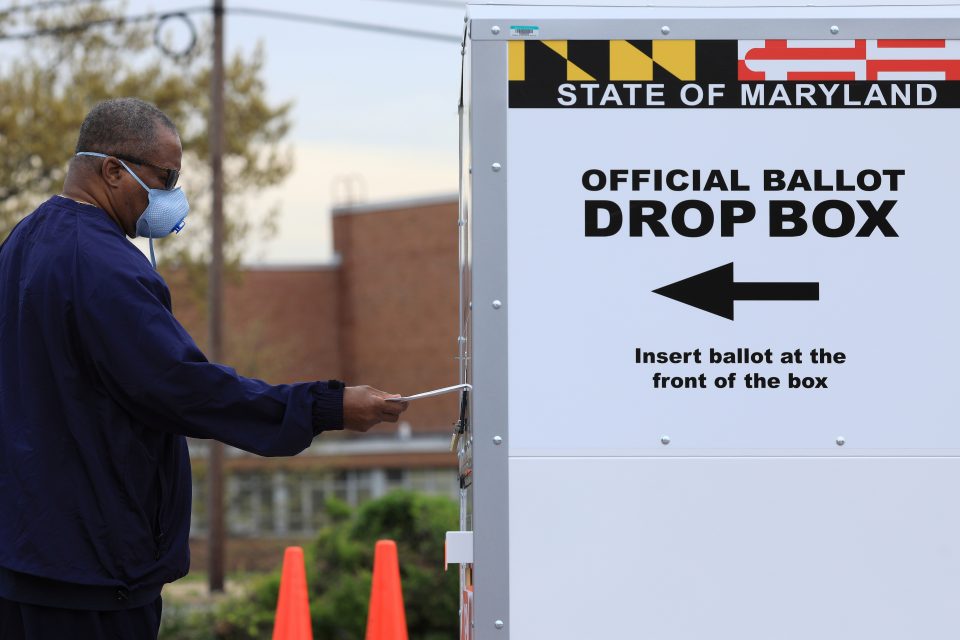 WASHINGTON (Reuters) – Sharon Fason used to accompany her mother to their south Chicago polling place every Election Day as a little girl, watching as she joined their African-American neighbors in the hard-won right of casting a ballot.

Now 47, Fason says she always votes in person, a ritual she has no intention of changing even if the deadly coronavirus still rages in November.

“I will put on protective gear and I will still walk in and cast my ballot,” said Fason, a black public librarian in Chicago.

The Democratic Party is pushing mail-in voting as the safest way to cast ballots amid the coronavirus pandemic. But the party is struggling to persuade a bedrock constituency: African Americans.

Their votes will be crucial if Democrat Joe Biden hopes to unseat Republican President Donald Trump on Nov. 3. In 2016, turnout among black voters declined for the first time in 20 years, aiding Trump’s surprise win over Democrat Hillary Clinton.

During the most recent national elections, the 2018 congressional midterms, only about 11% of black voters cast their ballots by mail, according to Census figures. That’s the lowest percentage of any measured ethnic group, and it’s just under half the rate of white voters.

There are a variety of reasons. For African Americans such as Fason, striding to the polls is a powerful act, both symbolic and substantive. Some black voters fear their mail ballots might get lost or rejected. African Americans are more transient than other racial groups and have high rates of homelessness, government statistics show, major barriers to mail voting.

That could pose a problem for Democrats if in-person voting is severely restricted in November and many polling stations closed because of coronavirus worries. That was the case in recent primary elections in Wisconsin and Ohio, crucial battleground states where turnout was down by double-digit percentages from 2016.

In Georgia, a once solidly Republican state that polls show could be competitive in November, early requests for mail ballots in the state’s June 9 elections show voters of color have been slow to embrace the process.

As of May 19, 25% of white registered voters in Georgia had requested mail ballots in Georgia, compared to 17% of black voters and 11% of Latino voters, according to a study by the Brennan Center for Justice.

Georgia’s Republican Secretary of State Brad Raffensperger sent all of the state’s 6.9 million active voters an application for an absentee ballot, a move that was widely applauded in a state where more than 1,900 people have died of COVID-19.

But Raffensperger also formed a task force to investigate absentee ballots with irregularities such as mismatched signatures, a move he said was needed to combat fraud. Many Georgia Democrats criticized that as an intimidation tactic that could lead to more challenges of mail ballots and a suppression of Democratic votes.

Trump and his Republican allies say mail voting is prone to fraud and favors Democrats, even as numerous independent studies have found little evidence of either claim.

Democrats “are using a pandemic to completely destroy the integrity of our elections,” Republican National Committee Chairwoman Ronna McDaniel said.

Some Democrats fear such efforts to discredit mail balloting, coupled with a possible reduction of in-person polling places if a second wave of coronavirus hits this fall, could depress African-American turnout and doom Biden’s chances.

“It’s unfortunate the Republican Party would rather play games with people’s health and people’s votes just so they can try to come out on top in an election,” said Nikema Williams, the first black woman to chair the Georgia Democratic Party.

The new coronavirus has killed and infected African-Americans at disproportionately high rates, in part because they are more likely to work in frontline service jobs than whites, and tend to have more chronic health problems. As of May 19, the mortality rate for black Americans was 2.4 times the rate for whites, according to the American Public Media (APM) Research Lab.

That could force a difficult choice on many African-American voters in November: Risk in-person voting or pivot to a mail system that many do not trust.

Tumultuous April 7 elections in Wisconsin offered a potential preview. The state shifted to a nearly all-mail format and drastically reduced the number of polling places open on Election Day amid concerns about coronavirus.

Milwaukee, home to more than two-thirds of the state’s African-American residents, had only five polling places operating, down from the usual 180 locations. People were forced to wait in long lines for hours, many wearing masks.

Robin Reese, an African American voter from Milwaukee, requested her first-ever absentee ballot after she contracted COVID-19. She immediately hit a hurdle: Wisconsin requires a witness to sign the envelope to verify the voter’s identity and Reese didn’t want to risk infecting anyone.

Her health eventually improved enough that she could use Milwaukee’s drive-up voting service, where a worker took her absentee ballot and served as a witness.

“I feel if I don’t put the ballot in the machine myself, who knows what happens to it?” said Reese, the manager of a Milwaukee business improvement district.

Such fears are not unfounded.

A report released in April by researchers at the University of Florida and Dartmouth College found that mailed ballots cast in 2018 by blacks, Hispanics and other racial minorities were twice as likely to be rejected in Florida as those cast by white voters, often for missing or mismatched signatures. Florida, with 29 electoral votes, is one of the biggest prizes in the November general election, where early polls show a tight matchup between Trump and Biden.

Democrat Stacey Abrams, who fell just short in her 2018 Georgia bid to become the first black woman elected governor in the United States, supports the push to make it easier for all voters to obtain mail ballots. Still, she said a variety of options are needed to prevent disenfranchisement in black communities, such as an expanded period for early voting and drive-through voting.

“There will be legitimate fears about using absentee ballots,” said Abrams, who has been considered a possible vice presidential pick for Biden. “We have to use every tool in the toolbox.”

‘NO REASON TO TRUST GOVERNMENT’

Even in states such as Pennsylvania, which last year made absentee voting easier for all of the state’s voters, African Americans appear to lag whites in signing up.

Ahead of Pennsylvania’s June 2 primary, Philadelphia County – the state’s largest with a population that is about 44% black – received 206,961 requests for mail ballots, according to state data as of May 26. That’s nearly 25% fewer requests than in the state’s second-most-populous area around Pittsburgh, Allegheny County, where just 13% of residents are black.

The Democratic National Committee and black voter mobilization groups have launched broad educational programs to encourage mail balloting and help African Americans navigate the requirements. The DNC has teamed up with state parties in Florida, Pennsylvania and Georgia to text millions of supporters.

Other efforts could include transforming African-American communities’ traditional “Souls to the Polls” early voting programs. Black churches long have bused parishioners to polling places after services during election season. Alternatives could include socially-distanced marches to early voting sites or online church programs to help parishioners fill out their ballots.

“We have to do a ton of education ensuring that black voters feel their vote will be counted,” said Quentin James, founder of Collective PAC, a group working for the election of black officials.

James, an African American who lives in Ohio, voted by mail in that state’s April 28 primary. Still, he submitted his ballot via a drop box at the elections office instead of mailing it.

“We just don’t trust the government, and I don’t think government has given us a reason to trust them,” James said. 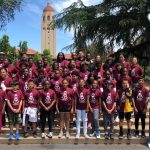