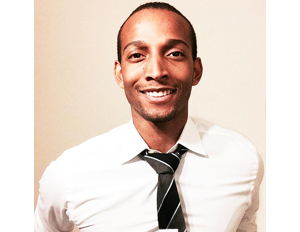 The recent tweet storm of a black tech startup founder is circulating on LinkedIn.

Matt Joseph is the founder of LocentÂ a platform that allows companies to create custom text messages. Joseph was frustrated by the VC and Y Combinator funding he had been seeking.

Prior to Y Combinator’s Demo Day, Joseph artfully crafted a series of tweets about the racism he encountered trying to get his business noticed by investors. “As an entrepreneur, you go to these big events with other founders and investors, and generally it is all white men and usually I am the only person of color in the room. That doesn’t make me specifically uncomfortable, but I think when you are in an environment like that, there can be real cultural insensitivity,â€ he said in an interview.

Even at VC firms that have minority executives, Joseph says funding is still hard to come by. “I have talked to black partners who have told me in no uncertain term that in their partnership they feel pressured not to invest in black businesses because they don’t want to be seen as the black partner. They are trying to fit in with a culture that doesn’t particularly embrace black founders.â€

TechCrunch reportsÂ that after the tweet storm, several investors did express interest and made offers to Joseph. “I’ve gotten the opportunity now to connect and meet with investors who maybe I otherwise wouldn’t have,â€ Joseph said. “The common theme for the investors who have reached out is they viewed it as courageous. In the face of demo day, knowing I would alienate some investors by saying it, that I would take that chance anyway. I think they’re using that as a lens of viewing me as an entrepreneur.â€

As part of the conversation about the lack of diversity in tech, focus has also been on the reluctance of investors to fund black-owned businesses.

Black woman-led businesses fare even worse. Digitalundivided released a report which revealed that as of late, only 11 startups led by black women have raised more than $1M in outside funding.