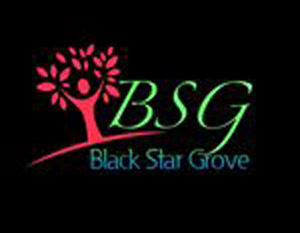 Amber Turner, M.A. was witnessing a trend that she grew increasingly frustrated with. The lack of exposure to diversity for our African American youth has lent itself to idle time, violence, and a narrow-minded worldview. Unwilling to accept this trend, Turner created Black Star Grove (BSG), an initiative to support and encourage academic excellence, leadership, and intellect, and serve as a tool of exposure among deserving urban youth in America.

Through a series of lectures and conversations with Stephen G. Hill, president of programming of BET Networks, BSG aims to inspire self-confidence and cultural awareness while providing exposure to young black scholars. Throughout the year, Hill and other cultural leaders sit down with the students of the Pens Of Power Literacy & Mentoring Program at BET Networks offices for a powerful, engaging, and motivating conversation. Â

Blackenterprise.com had the opportunity to speak with founder Turner about the BSG initiative, why exposure is critical, and BSG’s impact on African American youth.Â

BlackEnterprise.com: Why is this type of initiative needed for deserving urban youth in America?Â
Turner: Far too often our urban youth are subjected to the negative images in the media and horrific tragedies that occur in the Black community. They need to see examples of Black Excellence! Black Star Grove seeks to provide motivation, inspiration, and encouragement among our youth by connecting them with individuals who “look like themâ€ and who are successful and positive influences.Â

Could you describe the lectures and conversations being had with Stephen G. Hill during the sessions?Â
Stephen G. Hill is a very humorous man! He has a way of engaging the youth with jokes, strategically placed, to keep their attention and get the overall idea across. He starts the conversation off with his “journey to success story.â€ He shares with the students the pivotal points in his career that got him to where he is today–president of programming at BET Networks. There’s also a Q&A between the students and Stephen where he gives them advice on how they can accomplish their goals, explains the importance of going to college, how to excel in their career paths, and also updates and information about BET Networks.

Immediately following the Q&A, we take the students on a tour of the BET offices and studios, and take photos. It’s always a great time!Â

What has been the feedback from students and parents about the program?Â
I actually just received thank-you notes from the students of the last Black Star Grove meet, and the responses were truly amazing! The students really got a lot out of meeting Stephen Hill. Some students were on the fence about going to college, but after the conversation with Stephen, their views totally changed and now they are excited about applying to and attending college! They were very appreciative of the time Stephen took out of his schedule to meet with them and were blown away by his story and what he does at the network.

Camille Cosby Will Not Be Deposed in Case Against Husband

The Habits of Successful People