Black NFL Players Should Boycott! Easy for You To Say [Opinion] 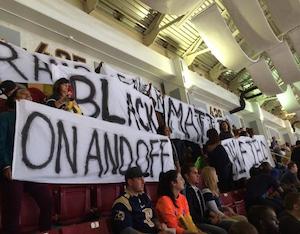 Black NFL players comprise a majority of professional athletes making a living in the league. As a result, it’s easy to assume that they should have no trouble rejecting the new NFL policy requiring them to stand for the national anthem at games.

To those who ask:

“If over 70% of NFL players are black men, shouldn’t all of them just boycott/go on strike until their dignity and First Amendment rights are restored?”

You’re Looking At The Wrong Metric

I’m not saying it can’t or shouldn’t be done. I’m saying that the resulting quagmire of broken contracts, lost wages, dueling civil suits, strikebreakers, media battles, political wrangling and grandstanding, etc. will likely deliver less than satisfactory results, at a far higher than expected cost, and take far longer than we’d care to (or for some, can afford to) wait.

It’s about assessing risk and trying to predict unintended consequences, which is why we can only proceed with measured strategy and organization, not just reaction. The struggle is multifaceted and complex; racism and oppression is a multi-headed beast. If the solution can be stated in one sentence (“Just refuse to play!”), it’s very likely not really a solution.

Black NFL players themselves are the best qualified to determine how they should respond, as well as what they should put at risk and when. It’s hilarious to me how bold and courageous we are about telling other people to abandon their careers and livelihoods like they haven’t sacrificed and toiled literally since childhood to get where they are—with us urging them on all the way. To my mind, this is just as disrespectful as telling Black NFL players to shut up, stand up, and play.

Every black NFL player has paid dearly to get on a roster, and will continue to pay to stay there; we need to honor their right to decide if and when they should put all of that at risk (with bills to pay and families to support) or throw it all away.

We need to play our position and respond as consumers, who can choose whether or not to spend money, time, and attention with the NFL, as with any other enterprise that wants our business.

I’m not calling for a boycott (yet) or waiting for anyone else to do so. I’m voting with my time, attention, and dollars, as I do each and every day, mindful of who is deserving of my patronage and who is not.

The NFL is not. 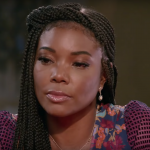 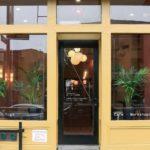