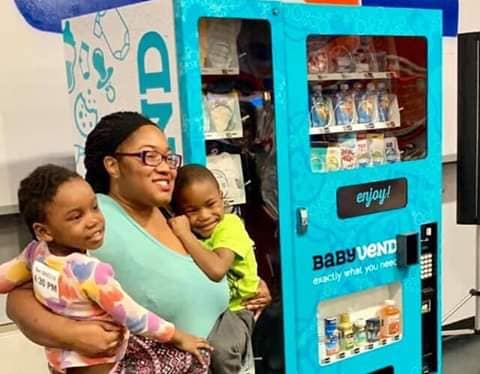 For Jasmin Smith, it was an intense need that popped up during a trip that transformed into a business—a vending machine business.

As the mother of twins, Smith realized she no longer had diapers during a trip to her local mall. According to Runway Girl Network, Smith ended up having to buy “blankets and underwear” until she was able to get diapers.

This incident caused Smith to do research on ways for parents to have access to emergency diapers. She recalls, “I found a woman in Australia who had created a diaper vending machine. But I thought I could do that and add other supplies parents might carry in their diaper bags.”

When it comes to traveling, parents do their best to be as prepared as possible. But of course, things happen. That’s where Smith’s vending machine comes in. As she states, “I want this machine available to make them feel more at ease. So that’s how Baby Vend was born.”

Anchorage, Alaska, where the company is located, has the kind of business world in which there’s a small population of people of color networking with each other. During one of those networking conversations, Smith ended up speaking to a friend about Baby Vend who happened to work as a concessions manager at Ted Stevens Anchorage International Airport.

“He was excited about it and helped me reach out to the airport. It’s ideal because Stevens is also a very family-friendly airport.” Smith said.

Once the plan for the vending machine was in motion, Smith decided to stock it with items she carried in her diaper bag including diapers, wipes, pacifiers, thermometers, and teething rings.

This isn’t Smith’s first business venture. In fact, according to Runway Girl Network, she has her own consulting firm called The Business Boutique. She was also named one of Alaska’s “Top 40 Under 40” in 2017 and had organized a business expo earlier this year for black owners in the area.

As for the future of this vending machine, Smith is developing a website in which parents can see where the machines are located on a map.

“We eventually want to be in as many airports as possible so we can be there for parents anywhere,” she said. 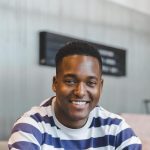 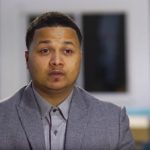