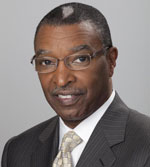 It all started seven years ago when New Jersey minister DeForest Soaries realized he didn’t have enough money to pay off his new church. Rather than asking his cash-strapped congregation to dig into their pockets to fund the building like other clerics might have, the senior pastor of First Baptist Church of Lincoln Gardens in Somerset decided he’d work in reverse–helping to fix the finances of his “flockâ€ so they could in turn bless the “shepherd.â€

But what the former New Jersey Secretary of State did along the way was launch a movement he’s now trying to take nationwide. Featured this ThursdayÂ on CNN’s third installment of Black in America with Soledad O’Brien, the one-time Republican lawmaker’s five-year-old program, DFree, stands for living without “debt, deficits and delinquency.â€ Through weekly workshops, seminars and sermons he’s encouraging parishioners to stamp out credit card debt, pay their bills on time and steer clear of monetary traps like lottery tickets, payday loans and check-cashing places. Soaries says they only keep Blacks in financial “slavery.â€

“When I see people who are stressed out because of financial lenders, couples arguing about money, people losing their homes–increasing their health risks and decreasing their productivity–it confirms for me that we’re living in a kind of slavery,â€ he says. “The overwhelming majority of our people don’t have a budget or written plan,â€ he explains. “Fifty-four percent of us have no bank account or are still using check cashing places, money orders and payday lenders. So if 54 percent of Black people are not functional participants in the banking system,â€ he concludes, “we are in bondage. Proverbs chapter 22, verse 7: The borrower is servant to the lender.â€

Soaries–whose book DFree: Breaking Free from Financial Slavery will be released in January–says he knows what it is like to live in bondage. He admits that in his 20s he refused to buy a house because he “didn’t want to cut the grass.â€ Â “I wasn’t thinking about the equity I was losing,â€ he says. “I had a car payment bigger than that of my house. I never knew what the interest rate was. All I cared about was what the monthly payment was. When I entered my 30s,â€ he says, “I realized I was broke.â€

This Princeton doctoral graduate, who is now on the board of the Federal Home Loan Bank of New York and says he taught himself about budgeting and debt income by reading financial books and affiliating himself with “institutions and people who were successful,â€ preaches the gospel of debt-free living every chance he gets. “I told my church when they get tired of hearing it they can fire me,â€ says Soaries.

He’s instituted a four-step wealth-building program he says is foolproof:

1.Â “Track your spending,â€ he says. “Learn how to prepare a budget.

2. Get control of your spending. No more living on credit.

3.Â “Get ahead through investments–save $100 a month, institute a retirement plan, and invest in real estate.

4. “The last step is to teach other people. Give back.â€

That’s exactly what Soaries is doing. He estimates under his tutelage 25 percent of his 7,000-member congregation has freed itself of debt, with folks testifying each Sunday about how they did it. He points to individual success stories–the pharmaceutical rep who lost her job but had saved so much money she was able to live without an income for a year, or the family that can split their time between Florida and Atlanta because they paid off their mortgage ahead of schedule–as his motivation.

“Churches are the most admired and credible institutions among our people,â€ he says. “Pastors owe it to them to teach things that will better their lives.â€

Click here for a preview of Black in America: Almighty Debt, which airs Thursday at 9pm on CNN, and check Blackenterprise.com tomorrow for an interview with host Soledad O’Brien.

VIDEO: How to Go From Dreamer to Inventor