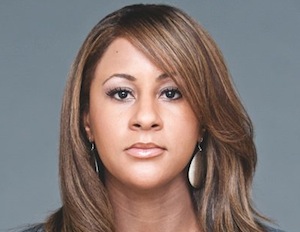 Last November, CNN’s Soledad O’Brien explored Silicon Valley through the eyes of eight African-American entrepreneurs. All participants of the inaugural NewMe Accelerator class, the Black in America: The New Promised Land — Silicon Valley cast invited viewers into their journey as startup founders competing in an industry comprised of less than 1% of entrepreneurs that look like them. BlackEnterprise.com caught up with the tech innovators to see what they’ve been up to one year later.

If you’ve watched technophile and founder of NewME Accelerator Angela Benton move, organizing and securing funding for the tech incubator, overseeing an online publication focused on African Americans in technology (Black Web 2.0), launching her own startup Cued and, most importantly, raising her three children, you’re bound to wonder how she does it all. Let’s just say, it’s a mix of confidence, hard work, perseverance and humility.

At age 31, Benton has been recognized for her work in the tech space by Black Enterprise, Ebony Magazine, TheRoot and TheGrio, among other publications and organizations. The program she co-founded alongside Wayne Sutton has not only garnered recognition from Inc. Magazine and The Wall Street Journal, but has yielded real results. To date, NewME has assisted close to 30 startup founders with their innovative startup incubator program geared towards underrepresented minorities in the tech industry. Amidst the one year anniversary of the CNN special, see what’s been keeping Benton occupied, why she was pleased with the way the Black in America special turned out and what’s next for NewMe.

I’ve been living in Silicon Valley for nearly 15 months, I moved because…

NewME had momentum here in the Valley and it would be necessary for its future success to become headquartered here.

Since NewME took off…

I decided to put Cued on hold. Â I was able to work on a functional prototype before turning 100% of my efforts to NewME. Â As Founder and CEO of NewME part of my job and responsibility to the life of the business is to make sure that it has all that it needs to grow. Â This includes a good and dedicated team that is passionate about its mission; partners that are invested in its success; entrepreneurs who also see the value in our mission, and, of course, money to make it go! While NewME has not raised a formal investment round, our sponsors are our partners and are invested in our success both financially and through other resources.

I’ll Pass: How to Properly Turn Down a Job Offer