Black History Month: The Slave Who Escaped From George Washington 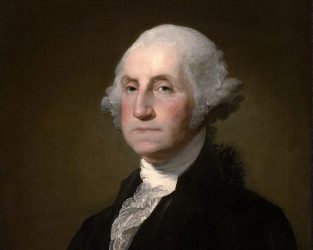 George Washington is one of our nation’s most celebrated founding fathers. However, what is not commonly taught in many school textbooks is the fact that he spent years on the hunt for an African American slave who ran away from him during his second term as president.

Oney “Ona” Judge was born in 1773 in Mount Vernon to an enslaved seamstress mother and a white father, who worked as an indentured servant. She was purchased by Washington’s wife, first lady Martha Washington, in 1789, when she was just 10 years old.

As a talented seamstress, Judge worked as Martha’s personal assistant and was responsibleÂ for docile tasks such as picking out her wardrobe. In 1796, she learned that she was to be given as a wedding present toÂ  Martha’s granddaughter, Eliza. That is when Judge decided to sacrifice her life serving the first family in order to pursue freedom, despite the fact that she did not endure much manualÂ labor. She managed to escape during a presidential dinner held at the executive mansion in Philadelphia and secretly boarded a ship to New Hampshire. Although she never returned to slavery, Judge was forced to live the majority of her life as a fugitive as Washington made a relentless effort to track her down.

In 1835, she opened up about her escape in an interview, saying:

“Whilst they were packing up to go to Virginia, I was packing to go, I didn’t know where; for I knew that if I went back to Virginia, I should never get my liberty. I had friends among the colored people of Philadelphia, had my things carried there beforehand, and left Washington’s house while they were eating dinner.”

You can learn more about Judge’sÂ life in slavery and as a fugitive inÂ Never Caught: The Washingtons’ Relentless Pursuit of Their Runaway Slave, Ona Judge,Â written byÂ Erica Armstrong Dunbar, a distinguished professor of Black American Studies and HistoryÂ at the University of Delaware.

How Do You Choose an HBCU? Thereâ€™s an App for That