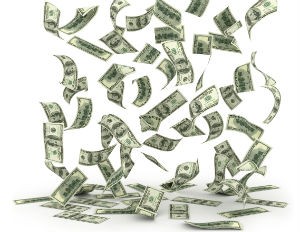 Since launching its first angel investing boot camp in April 2011, Pipeline Angels has trained more than 180 women who have invested $1.7 million in more than 25 women-led companies. It has also expanded from New York City to Atlanta, Austin, Texas, Charlotte, North Carolina, Boston, Chicago, Los Angeles, Philadelphia, San Francisco, and Washington, D.C. Pipeline Angels form cohorts ranging between five and 10 women, with each member committing to invest at least $5,000 in the same woman-led for-profit social venture at the end of the program. Entrepreneurs get to present their businesses at one of Pipeline’s pitch summits to secure funding in exchange for an equity stake–typically 6%–and a board seat.

Blendoor is one of Pipeline’s success stories, having received a $50,000 investment from a cohort of women angels in 2015. The mobile job matching app incorporates a blind-recruiting strategy to mitigate unconscious bias and to increase diversity at top tech companies. Think the ‘Anti-Tinder’ for job search, connecting qualified women, minorities, veterans, LGBTQ, and disabled candidates to jobs in all functions, says founder and CEO Stephanie Lampkin.

Lampkin was drawn to Pipeline Angels because it recognizes that many African American and Latino founders are unable to raise a “friends and family” round of funding. “Many investors nowadays refuse to take a meeting if your startup does not have significant traction,â€ says Lampkin, who has raised $100,000 in startup financing, including the Pipeline investment. “I can’t imagine a better scenario than having our first seed investment come from an organization centered on diversifying angel investors, as Blendoor is centered on diversifying workplaces,â€ she adds.

Technology recruitment represents a $104 billion global market and the broader goal is for Blendoor to become the de facto recruiting tool for all markets, industries, and candidates. Since the launch of the first version of the product in 2015, Blendoor has achieved some milestones: 17 companies are committed to pilot (including Facebook, Google, Twitter, Yelp, and Airbnb) and more than 500 users are in private beta.

It was after a 12-year career in tech that Lampkin, 31, decided to create Blendoor to address unconscious bias. “I had interviewed at Google in New York and was told I only qualified for a marketing role; I was deemed not technical enough,â€ explains the Stanford engineer, who started coding at age 13, holds an M.B.A. from MIT, and spent five years at Microsoft. Then came the ‘aha’ moment: “this is not just a pipeline problem.â€ In addition to making matches, Blendoor leverages big data to give transparency to companies on the efficacy of recruiting efforts and to equip candidates with career development opportunities that better align them to land their dream job.

“Blacks and Latinos represent less than 10% of employees at top tech companies. Blendoor is to be a real change agent for diversity in tech,” Lampkin says.