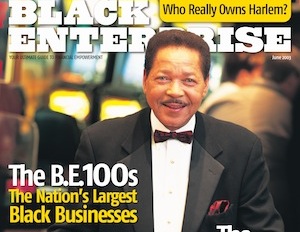 Don H. Barden, a visionary entrepreneur who built successful businesses in the cable television and gaming industries over the course of his career, died at Detroit’s Barbara Ann Karmanos Cancer Institute this morning. According to a report in The Detroit News, Barden, 67, was getting treatment at the institute for lung cancer. He was owner, chairman and CEO of The Barden Cos. Inc., which included among its holdings the Majestic Star and Fitzgerald’s casinos and hotels, and Waycor Development Co., a real estate developer. With $385 million in revenues last year, The Barden Cos. ranks among the top ten companies on the BE 100s industrial/service list, an annual ranking of the nation’s largest black-owned companies.

Over the course of a four-decade career, Barden conquered uncharted territory for Black entrepreneurs by developing the largest Black cable television operator and managing the only Black-owned gaming conglomerate with properties in Las Vegas. As a result, Barden was one of the most honored and respected Black business leaders of his generation, and mentor to several generations of black professionals and entrepreneurs.

Barden was ranked No. 21 on the Black Enterprise list of 40 “Titans: The Most Powerful African Americans in Business–and How They Shaped Our World” , created in celebration of the 40th anniversary of Black Enterprise magazine last year. He led businesses to Black Enterprise Industrial/Service Company of the Year honors in two industries: In 1992 for Barden Communications Inc., at the time the nation’s largest black-owned cable company operator, and in 2003 for The Barden Cos. Inc. In 2010, Barden was recognized with the Black Enterprise A.G. Gaston Lifetime Achievement Award, which annually recognizes a business leader who has a consistently distinguished record of business achievement.

Barden, the ninth of 13 children raised in Inkster, Mich., attended Central State University in Ohio with the goal of pursuing a career in law. But he ultimately turned to entrepreneurial pursuits that lay the foundation for his career, starting business ventures, including a record store, real estate development, a nightclub and a weekly newspaper, the Lorain County Times, in Lorain, Ohio. He was also Lorain’s first elected black city council member.

Barden bought an interest in a cable television station in Lorain and formed Barden Communications in 1981. After building the cable system in communities including his hometown of Inkster and Detroit, he sold the company to Comcast Cable in 1994 for more than $100 million. Two years later, he launched in the casino gaming industry when he began operating a riverboat casino in Gary, Ind., the Majestic Star Casino. After an unsuccessful effort to buy a casino in Detroit, he acquired Fitzgerald’s casinos in Colorado, Mississippi and Las Vegas.

Power Moves: 5 Ways You Can Become A Clutch Player in Business and Life