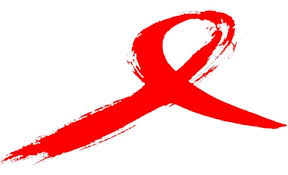 Observed every year, December 1 marks World Aids Day, which is dedicated to raising awareness of the AIDS pandemic caused by the spread of HIV infection. World AIDS Day has been held since 1988 as an opportunity for people worldwide to unite in the fight against the disease, show their support for people living with the disease, and to remember those who have died from the disease.

HIV/AIDS campaigners say World AIDS Day is important because it reminds the public and governments that AIDS has not vanished. According to the U.S. Centers for Disease Control, an estimated 35 million people are living with HIV/AIDS worldwide. HIV is the virus that causes AIDS. More than 25 million people have died globally from HIV/AIDS since 1981, making it one of the most destructive pandemics in history.

Even though our nation–and the world–have have made substantive progress to address the HIV epidemic, much work remains left to be done in order for the Black community, according to the National Black Justice Coalition, a civil rights organization advocating on behalf of lesbian, gay, bisexual, and transgender (LGBT) people, based in Washington, DC. After more than 30 years since the first reported cases of AIDS in the United States, the Black community continues to be deeply impacted by the epidemic, reports NBJC.

According to theÂ Centers for Disease Control and Prevention (CDC),Â African Americans represent about 14% of the U.S. population, but disproportionately make up almost half of all new HIV infections in the United States each year as well as account for half of all people living with HIV. They accounted for 44% of HIV infection cases in 2010. In 2011, African Americans were 8.6 times more likely to be diagnosed with HIV infection, as compared to the White population.

Young Black gay, same-gender loving (SGL), and bisexual men, and other men who have sex with men (MSM), are especially at risk for HIV, notes NBJC. This group now accounts for more new HIV infections than any other demographic in the United States. The Black AIDS Institute reported in 2012 that Black MSM make up nearly one in four new HIV infections in the United States and one in six Americans living with HIV.

The report adds that HIV represents a lifetime challenge for Black MSM, stating thatÂ one in four Black MSM are already infected with HIV by the time they reach age 25, and by age 40, 60% of Black MSM are living with HIV.

These statistics are just as alarming for African America transgender people who are also disproportionately affected by HIV. In the National Transgender Discrimination Study (NTDS) published in 2011, over one-fifth of Black respondents were HIV-positive (20.23%) and an additional 10% reported that they did not know their status.

It is estimated that about 30% of transgender women have HIV. In a recent survey, a sample of nearly 6,500 transgender people reported a 2.6% rate of HIV infection, more than four times the rate of the general adult population.

Advocates say these statistics and the continued need to acquire accurate information among all people at risk for HIV infection make it clear that African transgender women must be part of the decision-making processes about HIV-related policies and programs.

Do Call It a Comeback: 4 Lessons on Career Rebounding from the Soul Train Awards

Fitness Tips for the Busy Professional