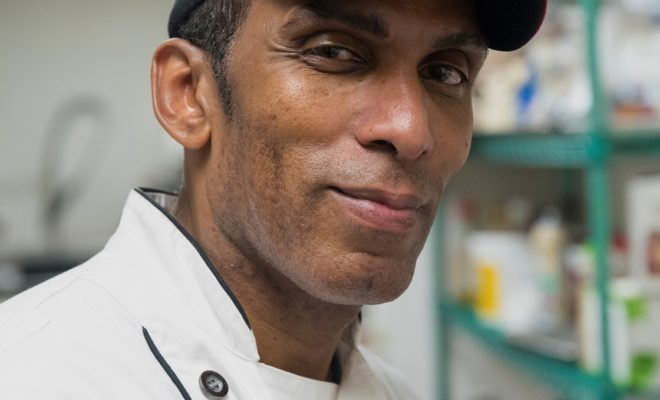 This chef’s creations are so good that he had a cake featured at one of President Barack Obama’s inaugural balls. Meet Vaughn F. Moore, executive chef and owner of Mere Viola’s Sweet Delights, who provided the final course for the kickoff dinner of the Black Chef Series.

Moore, a ninth generation New Orleans Creole, specializes in what he calls “Haute Creole Cuisine.” The self-taught chef is currently working on a new restaurant venture scheduled to open early next year in Harlem.

How did you first discover your passion for food?

My initial passion for food was discovered at the youthful age of 6 and sparked when my mother, under her direct supervision, complied with my request to cook my very own breakfast of scrambled eggs, bacon, and toast.

What’s your favorite thing to cook?

Asking a native born Louisianan his or her favorite thing to cook is kind of like asking oneself if a crawfish loves mud. Well of course you know my favorite dish to cook is chicken, sausage and okra gumbo. I also make a mean seafood gumbo too, just like my grand-meres made it.

Other than cooking, what skills does it take to be a great chef?

Being a great chef involves possessing excellent interpersonal skills, a kind and hospitable personality, business savviness, creativity, being attentive to details and a quick thinker.

What advice would you give to someone who wants to become a chef?

How do we create more opportunities for people of color in the food/restaurant industry?

At the end of the day it’s being able to do what I love and making a decent living doing it.

What’s your biggest challenge as a restaurateur?

Maintaining consistent clientele throughout any given week.

What do you wish you knew about the business side of being a chef before you started?

Anything else you’d like people to know about what it’s like to be a chef, and a black chef in particular?

Being a black chef in no way implies he or she cooks for black people only. As a black chef coming from a background where well-seasoned foods were essential components at the dinner table, I constantly remind myself that not every ethnic group eats the same. So when preparing dishes for groups who may not be familiar with well-seasoned foods, I usually take the time conduct a little research into their culture, harvesting recipes and fusing recipe ingredients that will be reminiscent of their cultural world while subtly wooing them into mine. To me being a black chef is just the descriptive used to define my race and ethnic background but in no way defines my creative and skilled abilities to prepare and make any type of dish. 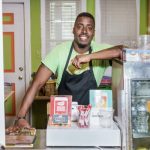