The Fab Empire, The Voice of Reason for Young Influencer 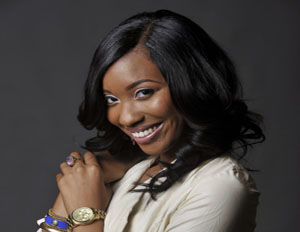 In 2007, Joi-Marie McKenzie noticed a substantial void in the Washington D.C. nightlife scene. There was no accountability to promoters and club owners who made false promises to partygoers of “free drinks until midnightâ€ or a directory of the best places to go in the city. Helping to fill that void, the University of Maryland graduate launched DC Fab in August 2007. The website provides readers with the latest in entertainment news, celebrity sightings and local nightlife. Today, the blog has expanded to several cities including New York, Baltimore and Boston.

The 27-year-old continues to make a name for herself as a “go-to girlâ€ with honors that include: Being namedÂ one of six D.C. tastemakers to know in 2012 by The Washington Post, one of For Harriet’s “30 Black Women Bloggers You Should Knowâ€ in 2011 and a listing that named McKenzie one ofÂ Clutch Magazine’s Top 50 Amazing Tech Tastemakers of 2010. The Fab Empire creator has also served as a Blue Flame Trend Watcher, a Sean “Diddy” Combs program that utilizes high-profile industry insiders to curate online digital content. Additionally, DC Fab was also a part ofÂ “The 20,â€ NBC Washington’s list of leading community voices in social media.

Joi-Marie isn’t just a blogger either. The entertainment journalist and cultural critic divides her time between New York and Washington D.C. balancing her role as entertainment producer at a television network and running her mini “empire.â€

As part of Black Blogger Month, BlackEnterprise.com caught up with the savvy influencer to chat about how she turned a pastime into a full-blown empire.

I started blogging because…

I was a little bored–being an assistant — and I really wanted to start a blog. After a failed blog called Fab University, I realized I needed to narrow my scope in order to bring something diverse in the web space. So I decided to focus on nightlife and entertainment in Washington, D.C. Thus, DC Fab was born. The idea really took off with readers because we were the first blog to hold nightclubs and promoters accountable in D.C. — a sort of checks and balance system. A year later, friends wanted to replicate the same idea in New York and Baltimore. Then we recruited a writer who was doing something similar in Boston. Thus, The Fab Empire!

The biggest influence in my life is…

My grandmother, Ida Murphy Peters. She was the entertainment editor of the Afro American Newspaper longer than I have been alive. I watched her at her typewriter daily covering books, CDs–I remember she was the first to get Monica’s debut album and I thought she was so cool–and she took me to see Immature, my first concert ever. She was definitely a cool grandma, and looking back, her teaching me how to write my name in cursive and taking me to the Enoch Pratt Library in Baltimore was setting the stage for me to become a journalist.