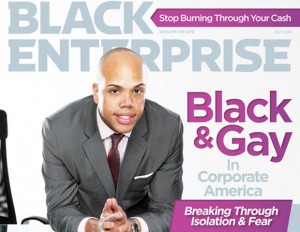 The same can be said for black fraternities and sororities, says O’Neale, who is a member of Alpha Kappa Alpha. LGBT brothers and sorors aren’t usually comfortable bringing their partners to the “big dance,â€ such as national conferences and social events, explains O’Neale, who has been with her partner for 20 years and is one of the 18,000 legally married couples in the state of California. “The African American community has always had mixed emotions about the LGBT community. There is a history of excluding and marginalizing LGBT individuals.â€ In addition, LGBT African Americans can feel invisible within the general LGBT community, she says.

The Next Phase of Activism and Advocacy
The tide is changing with the next generation, says Boston. The experience of an LGBT baby boomer is very different from that of a Gen-Xer or Millennial. “We actively recruit LGBT students and candidates on college campuses. They are asking about domestic partner benefits, anti-discrimination policies, affiliations with national LGBT organizations, and the number of openly gay people on the board or the executive committee,â€ Boston says. “A good number of those asking these questions aren’t even LGBT, but they consider themselves straight allies who care about fair workplace practices for all employees. We never would have gotten those questions 10 years ago from job seekers.â€

For more of our coverage on the triumphs and challenges of Black LGBTs in the workplace and beyond, visit blackenterprise.com/blacklgbt