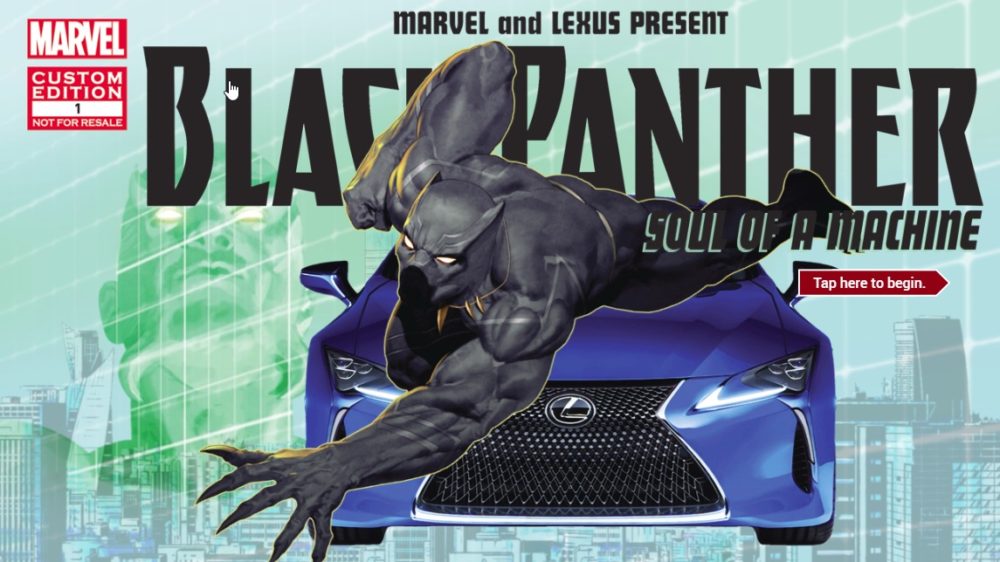 In Marvel Studio’s Black Panther movie, one of the most captivating scenes in the film was undoubtedly the car chase scene featuring a Lexus LC.

Walton Isaacson, an ad agency co-founded by black advertising guru Aaron Walton, was responsible for bringing the partnership to life and he said it happened organically.

Two years ago, he said, his team had a meeting with executives from Marvel Studios to talk about some of the projects that Marvel had in the works. Being the agency with the legacy of taking on multicultural initiatives, the movie studio shared with them the Black Panther project.

“They shared the Black Panther film with us and there was just a natural connection between what they were doing as it relates to celebrating black excellence and technology and that was in line with what Lexus was doing,” he said.

Executives on both sides were eager to get started on the project. He said that was the inception of the marriage between the luxurious automotive maker looking to re-brand itself and what is now a juggernaut of sorts in the box office.

“This campaign clicked from the get-go,” said Mindy Hamilton, Marvel’s Senior Vice President of global partnerships. “We have this bold, sophisticated hero stepping into the spotlight for the first time, and it’s been a blast to work with the Lexus team to build out a story that’ll familiarize fans with T’Challa as well as his advanced home nation of Wakanda.”

And as the Lexus’ agency of record for Black, Hispanic and LGBTQ communications, Walton said his firm now had to figure out a way for the two brands to work together. The initial concept, he said, went beyond just placing a Lexus LC in the film.

“We knew what the movie was about and we had met with Ryan (Coogler) and executives from Marvel and we knew exactly what they were visualizing,” Walton said.

Like any business partnership, there is a level of trust that you give a partner and since Marvel has a history of producing incredible films and partnerships, Walton said there were no issues on his end.

“We worked together throughout the entire process,” he said. “We were very focused on making sure that the Marvel brand and the Lexus brand complemented and supported each other. And again, there was just an organic connection between what they were both trying to do.”

What was clear was that Lexus was going for big time.

And that they did.

The agency kick-started a blitz of marketing initiatives with the production of a 30-sec Super Bowl LII ad spot, directed by Samuel Bayer and featuring “Legend Has It,” a hit track from Run the Jewels. A longer 60-second version of the ad has now garnered over 5 million views on YouTube.

Walton said the Super Bowl ad it produced for Lexus came about as a result of the already established project his company had in the works with the automotive maker and the film studio.

“They said they wanted to be in the Super Bowl and we created the specific spot in part because of timing,” Walton said. “We knew that the movie was going to be released two weeks after the Super Bowl in a big and exciting way and it made sense for us.”

Based on the agency’s Black Panther film integration and unique approach to the Super Bowl spot, Lexus awarded Walton Isaacson the broadcast creative assignment for the launch of the LS 500, the brand’s new flagship sedan.

The agency also helped create a website that features eight different exclusive digital graphic novel, Black Panther: Soul of a Machine. They got the legendary Argentine-American comic book and editor Fabian Nicieza to write it with cover illustrations by graphic artists Scott “Rahzzah” Wilson and Szymon Kudransk. The website also had different gifs with comic versions of the characters in-frame with a Lexus in an excellent cohesion of performance.

It was unveiled last summer at the invite-only Park Lounge party with a mystery headliner and launched at the San Diego Comic-Con.

Just a couple of weeks ago, the automotive maker unveiled a fashion presentation at the New York Fashion Week. The presentation featured looks and capsule collections from 10 designers inspired by the Black Panther movie. The bespoke pieces were installed in an immersive, Wakanda-inspired venue that guests explored.

In 2006, some years after leaving a career at Pepsi, Walton teamed up with fellow marketing professional Cory Isaacson and partnered with NBA legend Earvin “Magic” Johnson to create Walton Isaacson.

Walton Isaacson’s relationship with Lexus is in its 11th year, a feat Walton is especially proud of.

“We’ve had a longstanding relationship with Lexus. We’ve always looked at ways we can create multicultural projects as a broad general market initiative,” he said. “It’s in our DNA and we’re proud to be a part of this project that celebrates black excellence, full of black cast [members] and black producers.”

Cooper Ericksen, Lexus Vice President of Marketing told Marketing Daily that although the move was not aimed at increasing the brand’s performance with black audiences, he said, the movie will over-index with African Americas.

“About a third of our volume comes from multicultural audiences and we appear to be a leader amongst our primary competitors,” he said. “But the reality is, Disney and Marvel have done a great job building a premium franchise with Marvel Comics,” Ericksen said. “The median income of the fan base is north of $100,000. It’s an affluent group of people.”

Walton Isaacson ranked No.1 on Black Enterprise’s BE 100s list for advertising agencies in 2016 with $70 million in revenues and 150 employees. The firm was also named Advertising Agency of the Year in 2013.

“We knew that if we had the right mix of people that had diverse backgrounds, not just in terms of skill set, but culturally diverse, that combination would ultimately provide us with bigger, more inclusive ideas,” Walton told Black Enterprise in 2013. 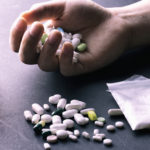 Can Digital Currency Be Used to Fight Drug and Alcohol Addiction?