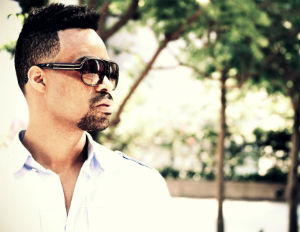 An O.G. in the world of rhythm and blues – dropping his critically-acclaimed debut “First Born Secondâ€ 12 years ago to the praise of peers and frequent collaborators Common, Erykah Badu and The Roots – like them, the Philly singer has seen the music industry from every angle, in fat and lean times.

Bilal’s biggest business coup came when he was just 19 years old: the singer-songwriter signed his first and only major-label contract and publishing deal with Interscope, a contract that showered him with enough cash to buy a new car and remodel his mother’s home.

And like most young people who suddenly inherit large wads of cash, the Grammy nominee blew through the rest of it on jewelry, clothes and other material things – items that wouldn’t last.

He calls that period his first real lesson in financial risk.

“It’s not like before when I felt like I had to have that BMW truck or have nice jewelry,â€ the singer says about his life now that he’s 33 and married with kids. “Those are the things I did when I was young. Now I like the simpler things,â€ he says. “Scaling back has made me happier because I don’t feel like I have to keep up with the Jones’. I’m focusing on myself.â€

That focus applies to his personal and professional lives.

Following a disagreement with Interscope over the distribution of “Love for Saleâ€ – Bilal’s never-released, full-length sophomore album – he split from the label, which led to a painful nine-year hiatus from recording. Rather than give up on music entirely – which he seriously considered – the singer eventually opted to go the independent route, signing with Canadian imprint Plug Research Music to release his well-received 2010 offering “Airtight Revenge.â€ Though signing to an indie has had its advantages, he says, like the creative freedom to do what he wants, he admits that having to pay his own production fees, the cost of the band, travel expenses and a huge chunk of the marketing budget, can be tough.

“All these things costs money,â€ he says. “That’s where I start to feel the independent-label budget constraints,â€ he laughs, “because it all comes out of my pocket.â€

It’s this hefty obligation, Bilal says, that keeps him working at securing a better financial future.

“I feel like I’m in the rebuilding stage of my career business-wise,â€ he admits of his modest, scaled-back lifestyle in New York City. “Success has many levels – there’s personal success, and then there’s success in business,â€ he points out. “As an artist and a musician I feel like I’ve achieved many of my goals, though I’m always striving to improve. As far as success in business is concerned, well, I’ve made some decisions recently that will help me better reach my goals.â€

He’s talking about his recent decision to let go of his longtime business manager. Though Bilal doesn’t go into what happened between them, he will say that another thing he’s learned over the years is to surround yourself with people you trust — but not lean on them too much.

Why You Should go See “Django Unchained”