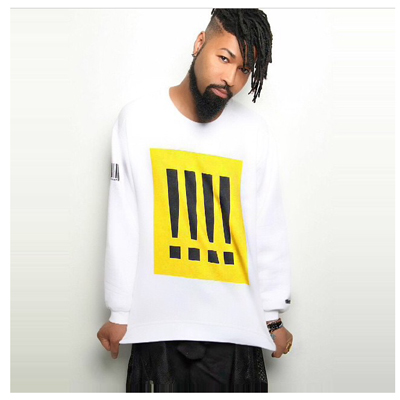 The U.S. Small Business AdministrationÂ has unveiled a web series, BizMyWay, from its millennial outreach initiative, “My Brother’s Keeper.” Series host SBA MBK Millennial Entrepreneur ChampionÂ Mike Muse engages with several successful Millennial entrepreneurs in the world of music, fashion, and technology as they reveal their innermost truths about their paths to and through entrepreneurship.Â  Millennials are an irreplaceable part of the entrepreneurial community, notes the SBA. What’s more, studies show thatÂ Millennials represent the most diverse age groupÂ in history. Â

Celebrity Stylist and Designer, Ty Hunter (BeyoncÃ©, ServedFreshâ„¢), jumpstarts the series and talks about his transition from working in the healthcare industry to following his passion of fashion and styling.Â Host Mike Muse gets Hunter to speak candidly on how he’s building his personal brand, risks and fears, success, his time working with BeyoncÃ©, and why he compares himself to Janet Jackson.

“It was such an honor to be a part of the My Brother’s Keeper Millennial Entrepreneurs Initiative,â€ said Ty Hunter. This project has allowed me to tell my life story, all the ups and downs of it, and in the process, hopefully, motivate others in a positive way. What made me jump on this project so quickly was the great way it highlights men of color from every aspect of life, which is so important. It was an awesome experience and a moment I will cherish forever,â€ says Hunter.

Through success stories of entrepreneurs, the SBA seeks to inspire and empower millennials to discover the resources to follow their passion in business and make them competitive in the global marketplace, SBA Administrator Maria Contreras-Sweet explained in a released statement. “Together, we will support President Obama’s “My Brother’s Keeper” Initiative by training young people in many of our underserved communities with SBA resources, so that they can dream big and propel the entrepreneurial spirit of their generation forward.â€

The SBA and Mike Muse are building upon momentum from the Champion initiative. Last month, Mike Muse and the SBA, in collaboration with the Academy of Motion Picture Arts and Sciences and Overbrook Entertainment, held the first ever Careers in Film Summit in the Goldwyn Theatre at the Academy in Los Angeles. The summit aimed to inspire the next generation of entrepreneurs through highlighting the careers and entrepreneurial opportunities available in the film industry.

“As this generation begins to reach the peak age for entrepreneurship, the initiative seeks to inform, engage, and inspire them,â€ said Mike Muse. “From how to impact with social media to funding and monetizing your personal brand, what sets each video apart is that they are, in fact, a deconstructed business plan showcasing how Millennials can start their own companies on their own terms,â€ Muse noted.

Additional entrepreneurs will be announced in the coming months, including Reggie Miller, founder of Iced Media, and Jason Mowatt, Co-Founder of Trillectro.