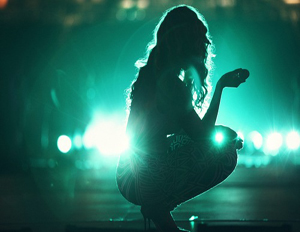 Queen Bey gets into character in her latest performance, taking to YouTube to announce plans for her upcoming world tour. Not even a complete 24 hours after delivering an electrifying Super Bowl halftime performance, Beyonce released a video teaser for her tour titled “The Mrs. Carter Show,â€ a name inspired by her hip-hop mogul husband Jay-Z. (It’s amazing how Mr. Carter’s brand is still at work here, but that’s another story.)

The tour will begin in Europe and wrap up stateside with the final show being in Brooklyn at the Barclays Center.