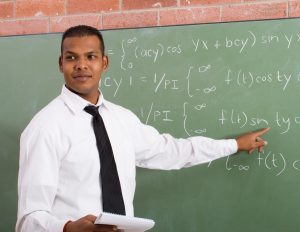 It’s no secret that the U.S. scores on the international PISA exam–the exam administered every three years to 15-year-olds in select cities around the world–aren’t exactly scintillating. In 2012, the U.S. scored below average in math and average in reading and science. (The 2015 PISA results will be available in December.)

Such mediocre scores have helped to fuel the U.S. education reform movement, which has been in the works for some time now. Although some progress has been made, education officials continue to look for ways to improve student learning.

Earlier this month, the federal government released new teacher preparation regulations to ensure that every child in the U.S. is taught by a great teacher. Teacher effectiveness matters; teachers in the top 20% of performance generate five to six more months of student learning each year than low-performing teachers (Source: TNTP). A goal of the new federal regulations is to help schools of education produce more effective teachers.

According to the Center for Public Education, an effective teacher makes a greater difference in student learning than the student’s ethnicity, family income, school setting, or class size.

That means we can’t just throw up our hands and blame poverty for the low levels of learning occurring in low-income schools. Unfortunately, analysis from the Center for American Progress has revealed that poor children and children of color are less likely to be taught by highly effective teachers.

The new regulations will require states to report annually in the following areas, serving as a way to hold schools of education accountable.

NPR reports that the two largest teacher’s unions, the National Education Association and the American Federation of Teachers, oppose the new regulations. Although the regulations don’t require states to use students’ test scores to determine their “learning outcomes,â€ it isn’t clear how else they would be determined.

However, the National Council on Teacher Quality has expressed support. Kate Walsh, NCTQ’s president, released a statement that said in part, “NCTQ commends the administration’s new regulations which send a strong signal to the nation’s teacher preparation programs—programs which have recently experienced a 30% drop in enrollments—that much more is expected of them.â€

To learn more, go to the U.S. Department of Education website.