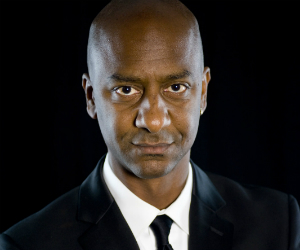 The task of ensuring the entertainment value of a network is a daunting one. The role of putting on a very successful awards show for a finicky crowd after doing it for many years, can be complicated. The job must be done by someone who can juggle the responsibilities of putting on a great show, satisfying a critical audience, meeting advertiser and sponsor goals, as well as dealing with talent so diverse that no two are alike.

Patience, knowledge and a great team will go a long way in the entertainment business and Stephen G. Hill, president of music programming and specials at BET Networks, knows this as he leads his troops into The BET Experience, a weekend-long show of entertainment, seminars, empowerment and information that culminates into this year’s BET Awards.

BlackEnterprise.com caught up with Hill about his path to BET, what he hopes to accomplish with a new way of branding the awards and his plan for latter years back on radio.

Before we go into The BET experience, who is Stephen G. Hill and how did come to your current post as president of music Programming and Specials for BET Networks?

I am the son of Wanda and Caesar Hill, brother of Gary, and you know what, so many people and events led to it. It started with a passion for music and a desire to just be enveloped by it at an early age. My first hero was James Brown, and my second, probably the Jackson Five, but there was always an obsession with music. I have a nephew now who is obsessed with sports and he is eight years old. I look at him and think, ‘Wow, by the time I was [his age], I had already bought Smokey Robinson & The Miracles’ “More Loveâ€ and The Temptations [album] and was playing them incessantly.’ So it really started with a passion for music and that passion goes for shows and everything I do now.

You transitioned from working radio to TV. How were you able to do that, and what would you say was the most telling sign that you were going to be successful at BET?

It was pretty much the same because when I went from radio, I went to MTV. MTV was filled with a bunch of people who had done radio, so I didn’t think that strange at the time because I hadn’t worked in television or at a television entity. Now that I look back, I can say [MTV] really was a TV channel run by—at least programmed by—people who had done radio. And so, you know, it made all the difference in the world, as that was a time when there were more videos being played. The idea is that you have a couple of recurrents an hour and you played the ‘hots’ a certain amount of time, so the programming schedule at that point in time was roughly the same as it was for radio. It was somewhat of a smooth transition.

With visuals, there was kind of a nod to how electric and exciting the they were, so you had to put that into account more [so than you had to for radio], but a lot of that programming, at least in the early days, was pretty close to radio. However, what we do now at BET is nothing at all close to radio.

The first time I thought I was going to be successful at BET was completely separate. I think [it was when] “106 & Parkâ€ first surpassed [MTV’s] “Total Request Live (TRL)â€ in ratings, which was around December of 2000. We had been on the air for about two or three months, [and it was a big deal] simply because everybody thought that it would never happen. People thought that “TRLâ€ was a behemoth. It was a definitely a fantastic show, [but people thought] “106 & Parkâ€ could never do that and that it would always be some kind of knock-off. … I still have the celebratory champagne bottle in my office from that first day.

Your job entails overseeing the success of programming, advertising and viewership goals. How do you approach juggling so many responsibilities?

First, you have to realize that it can’t be done alone. [You have to assemble] a great team I tell myself that as long as we all know the goals, and are working toward those goals … a lot of it is time management. I think for many people, if someone says, ‘Oh, well someone on your team is doing this or that,’ and the head of the department doesn’t know it, for some reason that’s a negative thing. My point is, as long as whatever they’re doing goes along with achieving our common goals, I don’t need to know every step.

It’s not always easy because I admit to having some micro-managerial tendencies, but I have had a lot of great executive coaching to help me along. When there’s that many goals, and the goals are lofty, again, it can’t be done alone.