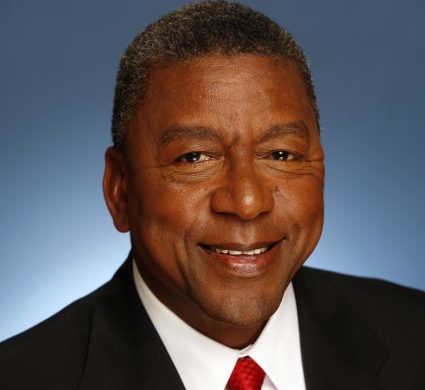 A few years back, Black Enterprise profiled serial entrepreneur Robert L. Johnson, stating that he entered his second act with a string of acquisitions and the creation of a new business empire tied to banking, film production, and major league sports. If you thought he was winding down, you’d have been dead wrong. In fact, the founder and chairman of RLJ Cos., the Bethesda, Maryland-based holding company, continues to seek new territories to conquer as he redesigns his business empire.

Operating a number of BE 100s companies over the past two decades, he still owns enterprises found among our rankings: RLJ McLarty Landers Automotive Holdings L.L.C, the nation’s largest black auto dealer with more than $1 billion in revenues, and RLJ Equity Partners L.L.C., one of the top black private equity firms with $231 million in capital under management and investments in, among others, aerospace, defense, consumer goods, and media companies.

In 2011, he completed the roll-up and merger of his former BE 100s hospitality development and investment firm with two affiliated private equity funds, making RLJ Lodging Trust one of the largest REITs traded on the New York Stock Exchange. Johnson hasn’t stopped there: he is expanding OppsPlace L.L.C., a Web-based venture designed to advance minority employment and business procurement with major corporations.

For his myriad accomplishments and business approach over the past 30 years, Black Enterprise selected the 67-year-old Johnson to receive our highest honor: The A.G. Gaston Lifetime Achievement Award. We also interviewed the billionaire onstage during the 2013 Black Enterprise Entrepreneurs Conference + Expo in Columbus, Ohio, this past May. Here’s what he had to say:

Black Enterprise: You’re the ninth of 10 children, the first of those to go to college. You graduated from college at 22, got married at 23, started BET at 34, became a dad at 40, became a billionaire at 55, and began your second act really, right there. And here we are 10, about a dozen years later. So where exactly are you now on this journey?

Robert Johnson: Well, one, I’m very blessed, that’s obvious, and I’ve had a chance to be supported by some very important people to help me sort of achieve those datelines that you’ve just listed, Caroline. And so the first and foremost, obviously, is a guy by the name of John Malone, who was a cable operator who put the first $500,000 into Black Entertainment Television, and he’s still a good friend of mine. And throughout that process, I’ve also had some very talented people who worked with me to make the company’s success. Debra Lee, who’s now the CEO of BET, obviously, and from that other businesses have come my way because of being able to relate to people in terms of creating opportunity and creating value, and hiring a lot of very talented people, men and women, who are part of my vision and who had the opportunity to participate in the success.

When you sold BET, obviously it was a huge move, but it was a controversial move, particularly in our community. We were not accustomed to building big businesses, big brands that we cling to and have such emotional pull for us, and then having somebody sell and walk. So what was it that made you think in a different way than frankly any big black business owner had prior to you?

Well, I think the biggest thing was you have to look at how I became a business person. It was not as part of a family-run business. You know my dad didn’t start Black Entertainment Television; had he, I might have had a different point of view. So I didn’t come at it from a family, I came at it from the standpoint of an investor and creating a vision for other shareholders. It was always my belief that I owed John Malone, and the other individuals who were investors in BET, the highest and best return on their capital.

So when I had a chance to sell BET to Viacom, at a huge multiple of our earnings, it was incumbent upon me as a business person to reward them for being a part of the company for more than 20 years. And then the other [thing], I think, which is lurking behind that, I knew that BET had already built a legacy based on its content and its editorial direction, that was not going to change. Viacom was not going to change it, they wanted BET to be what it was, and at the same time the person who took over for me had worked with me for 20-plus years, Debra Lee. So it was like you create a legacy, you maximize value, and you know the legacy is going to carry on. There’ll probably be a BET forever.

The biggest failure I think I ever had was not to take on more debt early on when I was running BET, and use that leverage to buy a lot of companies that we probably could have owned had we taken on more debt leverage. You know BET was a huge free cash flowing company, because we got advertising, and we got cable fees, and we got our programming from the record industry free. It’s kind of hard to lose money with that formula. And so if I had taken on more debt I think I probably could have acquired a lot of other companies, but I was somewhat debt averse and so we didn’t do it, but that would have probably been the one thing that I didn’t do.

You have done so much in business since you sold BET, but that’s still the tagline on your name, right, “Founder of BET.â€ At 67, is that fine with you or are you still motivated by a desire to eclipse that in some way in business?

No, I have no desire to eclipse BET as the brand under which I fly. It is, it was at the time, and still is one of the greatest financial achievements by anybody African American in this country. And it has, in my opinion, served the African American community very well. So if they put on my tombstone, “Founder of BET,” I’m not going to get up and erase it. I think it’s a great institutional success story of black people coming together at the emergence of a new technology, and that’s what really BET was. There was a technological shift coming about in satellite and cable and we were able to take advantage of it.

Fixing the Miseducation of Black Children