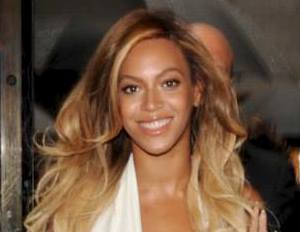 All chaos broke loose on social media, as fans ofÂ BeyoncÃ©, Jay Z, and little Blue Ivy came to their defense and responded with outrage to Chris Brown’s girlfriend, Karrueche Tran, after she read a producedÂ  joke about Blue Ivy’s hair live on air. The day after Blue Ivy stole the spotlight at the MTV Video Music Awards on Aug. 24, Tran appeared on BET’s “106 & Park” to do a skit called “Top Six Things Blue Ivy Thought At The VMAs.â€ Imitating 2-year-old Blue Ivy, Tran read, “I really did wake up like this, because my parents never comb my hair.â€ Right after that comment, the model giggled and said, “Sorry, Blue! I love you!â€

But her apology came too late, and the Twitterverse promptly attacked her. She took to Twitter to apologize, saying: “Now y’all know I LOVE me some BeyoncÃ© and Blue Ivy! I didn’t write this script y’all lol.â€ But it seems that wasn’t enough as she reportedly received death threats. On Aug. 26, Karrueche released an official statement through her publicist.

Now BET has issued a public apology. BET Networks President of Music Programming and Specials Stephen Hill expressed his apologies on behalf of the network via a statement on Tuesday. He noted that he contacted BeyoncÃ©Â and Jay Z personally to apologize.