Best of the Best: 5 Steps to Beat Out Your Competition 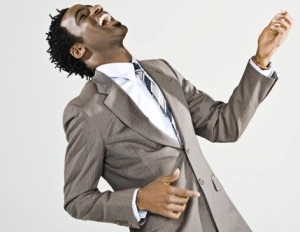 It’s not uncommon for a seasoned, successful leader to exclaim the clichÃ©, “You must work hard and stand out if you want to become successful.â€ Many professionals are making tremendous career-related sacrifices in hopes of becoming exemplary, but since many careerists have adopted the same conventional strategy, they fail to do just that.

Contrary to popular belief, hard work alone won’t help you realize your full potential. While this strategy is a great starting point, it’s not the best long-term goal that to set for advancement.

In order to stand out, get noticed, and be remembered in today’s fiercely competitive professional world you must develop a high performance-based platform. It has to be a platform because you must regularly produce amazing results to attain remarkable achievements. Developing such a platform is powerful because it is performance-based. One of my favorite quotes is, “Don’t tell me how hard you’ve worked. Tell me how much you get done.â€ And likewise, recruiters and employers want to see the tangible results of your hard work ethic.

Another important thing you must do is define the type of high-performance brand you want to be known for. No matter what industry, the same success principle applies: You have to carve out your niche and start performing at an extremely high level in that field.

In my early 20s, I decided that my high-performance platform was going to be predicated on becoming an inspirational role model by blazing trails so I could be sought after as a paid motivational speaker and career coach. I wanted to show other young professionals how to achieve their dream professional goals.

The following five steps will help you determine your high-performance goals and get started:

Lead a big initiative in your field that you are passionate about. Growing up as a kid I always abhorred watching the news because it seemed as if it only portrayed stories of young delinquent adolescents. In my early twenties I used this point of frustration to found a 501 (C)(3) nonprofit organization that I named C.H.A.N.G.E. Volunteers Inc. The mission of this male-based organization was to change the negative perception of young males within the community. As the founder and executive director, I had quickly achieved my goal of being interviewed and appearing on local news segments to serve as a positive role model to young adults in my community.

Achieve something that no one has achieved before. At the age of 28 years-old I made history by becoming the youngest African-American male to attain a Ph.D. from Cleveland State University’s College of Urban Studies and Public Affairs Program. By doing this I have inspired many students and professionals to further their education and set bigger career goals that will help them maximize their talents.

Make a list that honors and recognizes movers and shakers. In 2010, AT&T listed me as one of 28 nationally recognized movers and shakers for a corporate initiative they were sponsoring called “Twenty Eight Days of Inspiration.” The goal of the campaign was to highlight leaders and trailblazers that demonstrated high performance to uplift, inspire, and empower others.

Take full advantage of historical opportunities that appear to be impossible. As a summer intern, I worked for a federal law enforcement agency and was assigned a real case to investigate during my three month internship. I played a huge role in that I identified the culprit who was responsible for committing some serious offenses. This case had been open for 10 years and the trained federal agents were not able to nail down a suspect. But I came in excited and determined to do something that would help me be remembered and I used my skills to actually solve the case—this is high performance at its best right here!

Become recognized as an expert or one of the “go to peopleâ€ in your field. As a result of my high levels of success, I’m booked by universities as a speaker and often receive offers to serve as a judge to select high performing students and young professionals for various notable contests. The two extremely competitive judge panels that I’ve served on this year were to identify top interns for the Northeast Ohio Council on Higher Education and “Graduating Senior Standoutsâ€ in the Greater Cleveland, Ohio region that were awarded with scholarships by The Plain Dealer newspaper.

Now, at 30, I could go on and on about my accomplishments, from being an author to competing with thousands to earn internships with NASA, the United States Congress, and the FBI, but I only wanted to highlight a few examples to show you how I’ve embraced the high-performance success principle.

Build on the old “work hard to stand outâ€ school of thought by adopting the aforementioned elements of a high-performance based formula so you can stand out, get noticed and be remembered!

Antoine Moss, Ph.D., (@2PositiveTweets) is a nationally recognized resource on internships, early career achievement, leadership and motivation. CEO and founder of CEO Style Consulting L.L.C., Moss empowers professionals and organizations to reach their full potential, and serves as speaker, workshop instructor and consultant. The author of Learn to Intern CEO Style, Moss has been a featured expert on outlets including Fox 8 TV News and George Fraser’s 2011 Power Networking Conference.

Antoine Moss, Ph.D., (@2PositiveTweets) is a nationally recognized resource on internships, early career achievement, leadership and motivation. CEO and founder of CEO Style Consulting L.L.C., Moss empowers professionals and organizations to reach their full potential, and serves as speaker, workshop instructor and consultant. The author of Learn to Intern CEO Style, Moss has been a featured expert on outlets including Fox 8 TV News and George Fraserâ€™s 2011 Power Networking Conference.