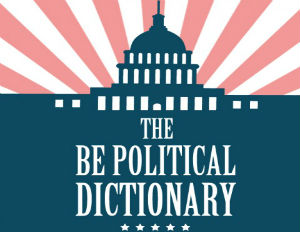 Our political process is dense, complicated, and often extremely confusing. To help you navigate the complexities of Election 2016, BE Politics is launching The BE Political Dictionary. We’ll be providing explanations of need-to-know political terms and explaining how they relate to our community.

With a week to go until March 1, here’s our take on Super Tuesday.

Super Tuesday was first established by the Democrats in 1984. Its original purpose was to “nationalize the message,” according to former Virginia Senator Chuck Robb. At the time, party leaders feared that the large gaps of time between primaries was forcing candidates to (unsuccessfully) attempt to align their overall policy platforms with the more specific needs of each state. To prevent candidates from flip-flopping on issues throughout primary season, party leaders decided to group the primaries of certain states on one day, now known as Super Tuesday.

In addition to ironing out potential kinks for party leaders, Super Tuesday was also designed to be a test of electability. It was assumed that a candidate who performed well within the diversified states participating in Super Tuesday would ultimately go on to do well in a general election.

Obviously, Super Tuesday is always held on a Tuesday, either in February or March. This year’s Super Tuesday will be held on March 1.

Super Tuesday is perhaps the most pivotal moment of any presidential election season, aside from the general election in November, because the largest cluster of primaries and caucuses are held on this day.

With 1,004 delegates up for grabs for the Democrats and 595 for the Republicans, Super Tuesday is often a win big or go home situation.

With 11 states and one territory participating, Super Tuesday is a decisive indicator of how a big chunk of the nation feels about each candidate’s policy platform.

It is also serves as a test on the competency of each candidate’s entire campaign operation. The sheer magnitude of 12 simultaneous primaries and caucuses forces each campaign’s organizational structure and strategy to be put on full display, providing telling insight on how that campaign would fare in an even more expansive general election. 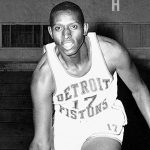