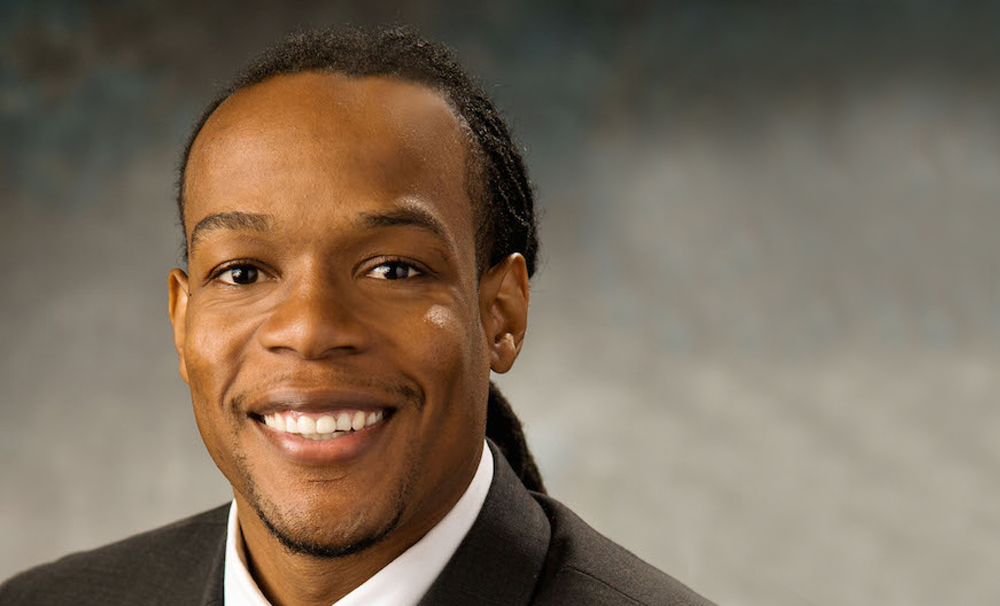 Joseph T. Bonivel Jr., Ph.D., is a man of distinction and a wealth of knowledge who tests the limits of physical science. A military brat to two parents who served, Bonivel’s life was geared toward academic overachievement since birth. Given the task of keeping his grades tip-top (“An ‘A’ was the only acceptable grade to bring home.”)—the 32-year- tribologist and senior research engineer at United Technologies Research Center uses his hyperactivity to old obliterate all things electronics.

“I was intrigued by car antennas, but did not have any readily available for inspection,” he shares with BE Modern Man exclusively. “I devised an ‘antenna catcher’ by utilizing fishing wire attached to street signs on either side of the street that could be raised or lowered using a crank depending on the height of the car passing.” A tinkerer at heart Bonivel is not surprised that his current profession is one based on where he must destroy things and then figure out their “failure mechanisms.” For the uninitiated, tribology is the science of interacting surfaces in relative motion or the study of friction, wear, lubrication, and the design of bearings.

A holder of both Bachelor and Master of Science degrees in Mechanical Engineering and Biomechanical Engineering from the University of South Carolina-Columbia, and a doctorate in Mechanical and Materials Engineering Science from the University of South Florida, Bonivel has taken education to a higher level and exceeded expectations. When asked specifically what he believes are key tenets to success that black men carry, he diagnosed the situation very interestingly. “Black men are targeted. We inherently have a target on our back which draws attention to our very being,” he says. “Successful black men have learned to turn the target into a badge of honor and utilize it to shine.” As one of the four Senior Engineers at the UTRC, Bonivel has created his own target of excelling at the research center through R&D.

Throughout Bonivel’s extensive professional career, he has authored two patent applications for “novel slurry development for chemical mechanical planarization,” as well as “several modeling papers within the same tribosystem sub group.” If it sounds complicated, that’s because it is… but it is not an obstacle. Black people have a natural proclivity to STEM (science, technology, engineering, and math)—as it is one of our founding principles of education dating back a millennia. Although names such as Keven Stonewall or Esther Okade arent’t highlighted as often as other names in the mainstream, Bonivel believes that we can break through the static of mainstream monotony by making an impact. “One of the largest hurdles for our black youth stems from lack of mentorship in the careers outside of sports and entertainment,” he says. “Without mentors, I can unequivocally say that I would not be the man I am today.”