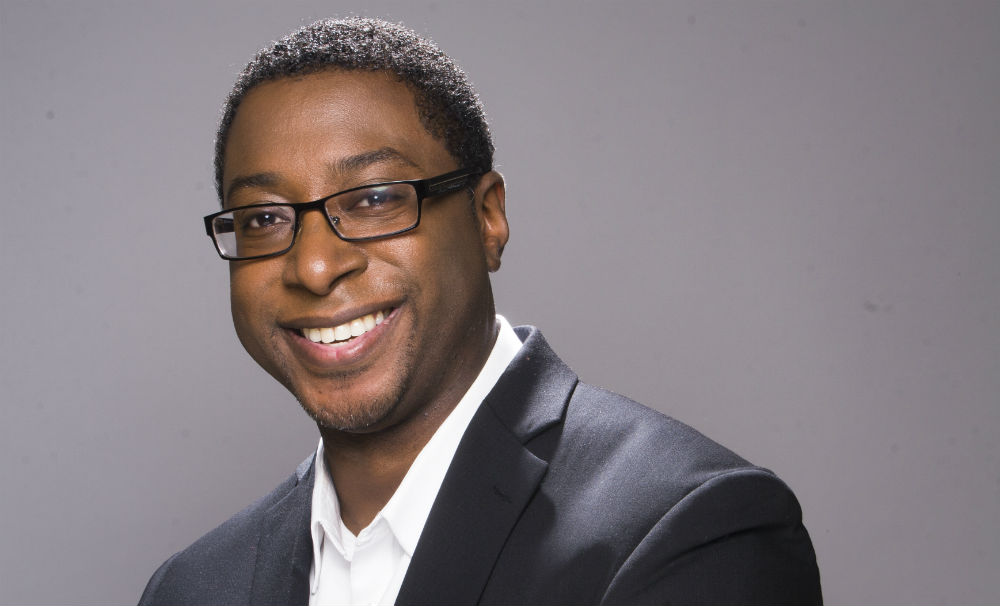 Profession: Entrepreneur, artist, and startup coach to more than 10,000 entrepreneurs across New York City and New Jersey since 2008.

One Word That Describes You: Polymath

Being named one of the BEMM 100 Men of Distinction is a tremendous honor and extremely humbling. Given the accomplished group of men highlighted on this platform, it’s an incredible feeling to be recognized for having made some contribution that’s worthy of distinction. It further motivates me to remain focused on making a difference as a father, husband and member of the community—in the way every modern man has the potential to do.

I’ve been fortunate to turn struggle into success by knowing when to pivot and when to persevere. I made my first ‘pivot’ from the world of work into entrepreneurship after reading Robert Kiyosaki’s Rich Dad Poor Dad (RDPD), followed by the Parable of the Talents.

In RDPD, Kiyosaki highlights the failure of modern education to produce 21st century learners who are comfortable taking risks. I saw this gap firsthand within communities of color, where the lack of entrepreneurship education and financial literacy handicaps our collective capacity to innovate, create jobs and economic opportunity. The Parable of the Talents later cemented my belief that we’re not called to play it safe, but to use all the tools in our toolkit—to invest in our talents—in order to make a difference rather than excuses. It was this pivot to entrepreneurship that in fact led to my greatest struggle—from losing the financial stability of a job to failing fast in my first business—all while experiencing the joy and strain of becoming a first-time husband and father during the greatest financial crisis of our time.

Looking back, it would have been easy to play it safe and become embittered as my early choices were certainly not panning out. But that’s where perseverance comes into play. It’s that moment when the entrepreneur learns to embrace their struggle by living a few years of their life like most people won’t, so that they can spend the rest of their lives like most people can’t. I’ve since used these early tests in entrepreneurship as my testimony in the effort to inspire the thousands of aspiring startups and small business owners I train annually to likewise pivot or persevere in their passionate pursuits.

Being transparent and frank in communications are two important qualities for building successful relationships in business and in life. Before becoming an entrepreneur, I worked for many years as a community center director in the tough but proud community of Brownsville, Brooklyn. Folks in the neighborhood had a saying, ‘I like to see people when they’re coming.’ I took that as people respect authenticity and value saying what you mean and meaning what you say—even if it suggests we may not see eye to eye. That’s how trust is ultimately built because people often draw confidence from knowing where each and every individual they communicate with stands.

In my practice, partnering is a must, but too often separate parties arrive at the table of collaboration focused on ‘WIIFM’ or ‘What’s-In-It-For-Me’ rather than ‘What’s-In-It-for-Us.’ It’s only through transparency and the courage to say what we want, as well as what we don’t want, that effective partnerships can actually be approached.

I am deeply passionate about disruptive innovation and social entrepreneurship within communities of color and am currently working across the continuum of education (elementary to post-graduate) to achieve that goal. For elementary to middle school audiences, my partners and I will be expanding the work of our student support services company, Open Door Arts-in-Education Project (ODAEP/ http://ODAEp.org), to expand delivery of technology, entrepreneurship, arts, and media (TEAM) education programs across NYC’s 1800 Public Schools.

Leveraging my role as executive director at NYIT School of Management’s Center for Entrepreneurial Studies (http://somces.nyc), I’ll also be working to create meaningful pathways from the University campus to the community through collaboration, shared knowledge, and open resources. This summer in particular, our Center for Entrepreneurial Studies will host its first Disruptive Innovation Boot-camp for young men of color, exposing them to emerging technology careers and advanced entrepreneurial training.

Lastly, I am continuing to build on winning the U.S. Small Business Administration’s Growth Accelerator Competition in 2015. Our firm, Minority Venture Partners Inc. (MVP)/ http://MVPAccelerator.com) is dedicated to the launch, scale, and exit of minority and women-led technology firms. We’re currently working to deepen access to knowledge, networks and capital on behalf of our founders (graduate and post-graduate), including but not limited to: networking with industry expertise through university partnerships; opportunities to pitch advertisers directly to secure supplier diversity contracts; and capital through banking and private equity relationships. Pipeline to private equity.

I’m blessed to have a great relationship with my father-in-law whose shared many pearls of wisdom during our 16-year work and family relationship. A lot of ground has been covered over that time, but one of my favorite sayings of his was on being an executive. He said, “Be who you are because they didn’t hire you to be someone else.” This ultimately helped me get over my insecurities of managing a $1 million plus budget and staff of 20 for the first time as an inexperienced executive at the age of 25.

Two years later, I was awarded consecutive Congressional Champion Awards and grew our organization’s budget to $3.5 million with a staff of 35. To this day, I attribute much of that success to being comfortable in my own skin. His second jewel was related to managing the ups and downs of marriage. He said, “Men and women aren’t disappointed [with] what they find, they’re disappointed by what they expect to find—so adjust your expectations.”

My advice for men looking to make a difference but aren’t quite sure how, is to first understand this principle—You reap what you sow, not necessarily where you sow. Instead of focusing on the what you do or where you do it, rather focus on the ‘why’ and spirit in which you do it; you eventually will be lead to the right opportunity.

Improvisation is made possible through some form of preparation. Aside from doing my homework, which consists of the typical Google or LinkedIn search, I’m a painter at heart so I’ll always try to visualize or project how the meeting might work in my mind before I get there. I also try to cement the 2-3 things I want to take-away from the meeting so that even though I might be forced to ‘free-style’ at some point, I won’t get too far away from what those intended takeaways should be.

My best vacations are returning home to my parent’s country of origin in Barbados, West Indies. Within the first hour of landing on the island I make a beeline for Brown’s Beach, which is a few blocks from my mother’s home. Once I’m there, I float on the crystal blue sea water and take it all in, then I’ll check in with my wife and kids who are probably still at the airport.

I am looking forward to traveling to Hong Kong and mainland China in the near future. We have many business contacts there and they are building emerging eco-systems to support entrepreneurship and innovation, so that’s where I want to be.

In 1999, I earned a master’s degree with a gallery exhibition and thesis on the subject of the black male image as represented in the history of art and media. My research highlighted the efforts of overt racism and institutional bigotry to consistently denigrate and dehumanize our image from the release of the first ever motion picture Birth of A Nation to the early Looney Tunes entertainment I consumed as a child.

Fast forward to the present and I’m proud to say my son not only has a consistent role model in his Dad, but that he lives in a time where we’ve witnessed a black man ascend to the nation’s highest office. That’s important. It’s one thing to be told you’re a giant and a descendant of kings, but it’s another to see it represented before you, because its not only natural to emulate the images that we see, but given enough exposure to those images—whether positive or negative—you’ll eventually believe them.

As follows, I’d like to express my great gratitude to Black Enterprise for bestowing me with the BEMM 100 Men of Distinction Program honor! You have truly showcased men of color in their best light, but more importantly, you have given my son and I the gift of sharing this moment together. I know he will be positively impacted by seeing his Daddy recognized in this special way. 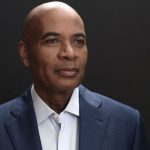 4 Ways to Celebrate the Fourth of July Under $20