Baron Davis is Leveraging Data to Build his Character Franchise 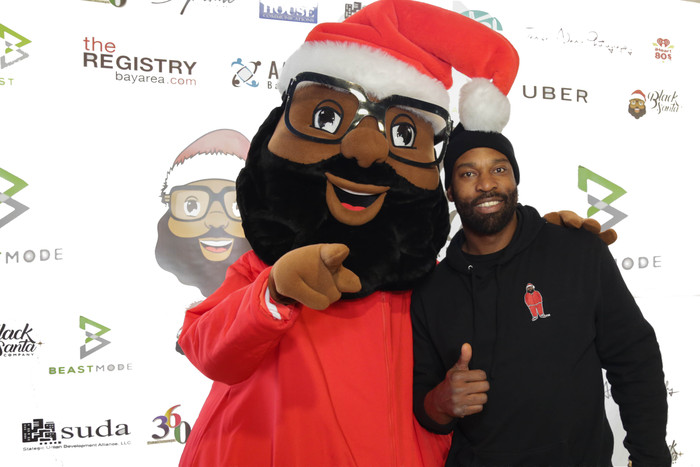 Santa Claus is coming to town, but not just any Santa–it’s Black Santa!

Last week, we caught up with former NBA All-Star, Baron Davis, and discussed his Black Santa Company, with friend and rapper Fabolous in tow. This week, he brought it all the way to Oakland, California, Beast Mode style, with former NFL running back, Marshawn Lynch, in partnership with TheRegistryBayArea.com.

This company is making its rounds, like Santa on Christmas night, but this is just the beginning. Black Enterprise spoke to Davis at his Oakland stop, and he insists that he has a massive vision, with 26 more characters on the current slate.

Davis has been paying attention to data analytics and engagement to track his first character, Black Santa, and its impact on social media, using the platforms to communicate directly with his customers. “It’s important for us to understand real data and real engagement. We want to be the company and creative agency that builds our creative around the data, and the data says, ‘We need more content,’â€ he shares.

They will focus on gamification with their different characters, interlacing them into each other’s stories. Eventually, they will move these characters from online to an app version, but the biggest component they are really after is the secret sauce. “The goal is to continue to measure the impact of these audiences, to create algorithms that can be applied to any brand and make it successful,â€ says Davis.

Data is massively important when it comes to building a successful company or brand. A lot of new companies have been known to put out products, yet can’t understand why they are or are not engaging enough. Davis has a pulse on that, which further increases his opportunity for success. Â

In case you wanted in on this, here’s some news for you: The company is still small–or “nimble,” as Davis calls it–and it’s actively looking for the right tech person to lead up their efforts. So, if experience in data science or gaming happens to be floating among your CV credentials, you may want to reach out. There might be a position for you in the world of custom characterization.

Â Sequoia Blodgett is the Technology Editor for Black Enterprise, Silicon Valley. She is also the founder of 7AM, a lifestyle, media platform, focused on personal development, guided by informed, pop culture.