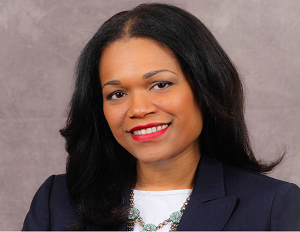 On the heels of Geri Thomas announcing her plans to retire after a 45-year career with Bank of America, the company has promoted Cynthia Bowman to chief diversity and inclusion officer.

Bowman, who first joined the Bank of America family in 2007, has held several leadership roles within the company. Most recently, she served as learning and leadership development and diversity & inclusion executive for the bank’s Global Wealth and Investment Management organization.

In her new role, the Spelman alum will serve as chief strategist and leader for diversity and inclusion from a global standpoint. She will also serve on the bank’s Global Diversity and Inclusion Council, chaired by Bank of America CEO Brian Moynihan.

After graduating from Spelman College with a bachelor’s degree in computer science, Bowman went on to earn a bachelor of industrial engineering degree from Georgia Institute of Technology and an MBA from Northwestern University’s Kellogg School of Management. She started her career at AT&T and has since worked for Accenture before coming to Bank of America.

In addition to her role at Bank of America, Bowman has been recognized as one of the top 50 Senior Executives Under 50 by Diversity MBA Magazine. She’s also received the 2014 Trailblazer Award by Re: Gender and has served as a panelist at Black Enterprise’s Women of Power Summit.

History and Food Lovers: Go Beyond the Beaches in St. Croix