This is Why African Americans Must Bank Black 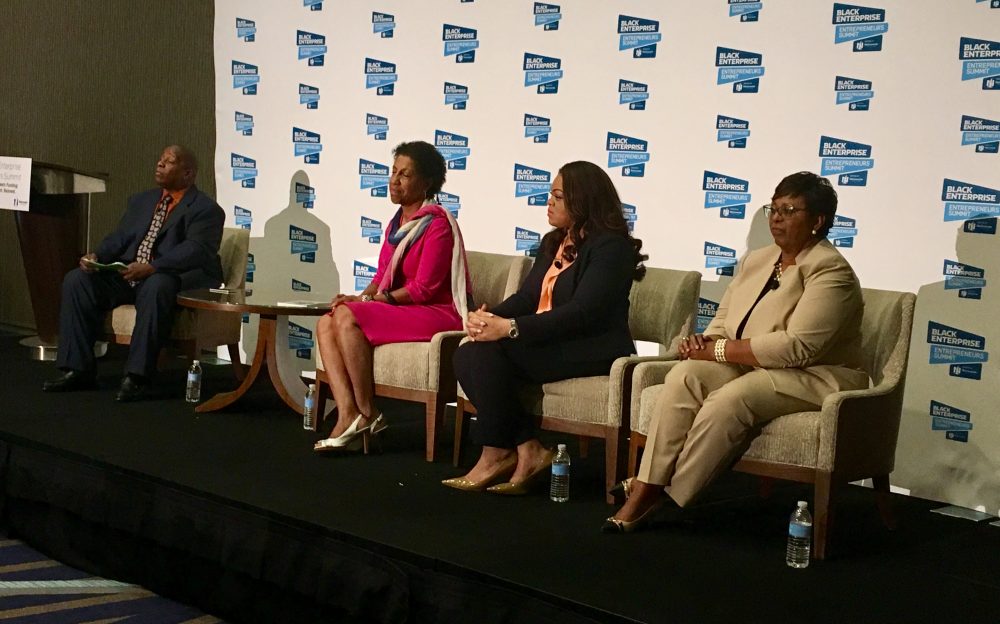 Historically, black-owned banks have been a pillar in communities of color. These institutions stimulated local communities and financed customers who were turned away by major banks.

However, despite their significance, the number of black-owned banks has sharply declined in the last 15 years, while more than half in the U.S. closed up shop between 2001 and 2016. Meanwhile, the black banks that managed to survive the Great Recession are challenged by social stigmas, a lack of support from communities of color, and competition from larger banking institutions.

At the Black Enterprise 2017 Entrepreneurs Summit, a panel of bank owners and professionals addressed the need for black banks, the issues they face, and their role in supporting entrepreneurs of color.

The panelists also argued why it’s imperative for African Americans to join the Bank Black Movement currently sweeping the country. Here are some of the key arguments that each panelist gave during the “Why #BlackBanks Matter for Your Business” panel discussion.

“We are unapologetically black.”

During the panel, Teri Williams, president of OneUnited Bank, described it as an institution that is “unapologetically blackâ€ and committed to addressing the needs of black communities. OneUnited does not have the resources to try to compete or model Bank of America, she said. But, on the other hand, Williams argued it offers services that address issues in our community such as financial literacy, building wealth, and cleaning up your credit.

“It’s the threshold for a community to do business with ourselves,” said Williams. She added that banking black is really a way to get you to move your mind.Â “Once you bank black, you don’t go back.

“We understand our community.”

We understand your financial situation, said Ann D. Duplessis, senior vice president of Liberty Bank and Trust Co. “We understand the issues that entrepreneurs of color face, and we can work with you to fix that. We also help black businesses get access to capital,” she added.

Sherifat Lawal Price, assistant vice president of Business Development and Marketing at Unity National Bank, said that her bank makes an effort toÂ establish relationships with customers. Plus, Unity National Bank has the flexibility to customize solutions to fit the needs of clients.

Lawal Price also encouraged attendees to move some of their money to a black-owned bank. However, that doesn’t mean that African Americans can’t continue to build relationships with larger banking institutions. “Make sure you diversify. There’s nothing wrong with having relationships with multiple banks,” she said.

5 Tips From Public Relations Pros That Will Elevate Your Career