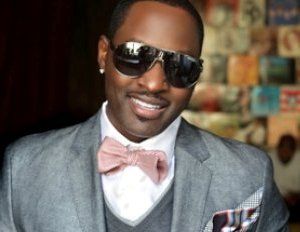 The next performer being featured today for The 10 Facts series, regarding the performing acts at the Baltimore African American Festival (which will take place June 21st and 22nd in Baltimore, Maryland at the Camden Yards Sports & Entertainment Complex) is New Edition member, Johnny Gill.

Let’s see what you are going to find out about him as I am sure there is something you don’t know about him before you clicked on this link.

3. Although New Edition was on the MCA label at the time, Johnny Gill recorded his self-titled album on the legendary Motown imprint.

5. In 2008, he started touring with best friends, Ralph Tresvant and Bobby Brown in a group titled, Heads of State.

6. Gill had plans to pursue a degree in electrical engineering, but opted to go forward with his singing career.

7. Although he found major success with Motown, he had 2 albums before that under Atlantic Records.

9. Starred in the 2009 stage play A Mother’s Prayer, which also starred Robin Givens and Shirley Murdock.

10. Aside from being a solo artist, he was also a part of a duet with Stacy Lattisaw and 2 singing groups, New Edition and LSG (Gerard Levert/Keith Sweat/Johnny Gill).

States And Their Startups Getting The Most Venture Capital