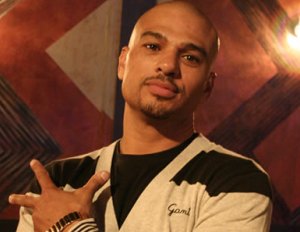 Continuing our fact filled articles regarding the performing acts at the Baltimore African American Festival which will take place June 21st and 22nd in Baltimore, Maryland at the Camden Yards Sports & Entertainment Complex, we have the youngest DeBarge, Chico.

You may know about his older siblings, DeBarge, but, let’s see how many of these facts you do know!

2. He had a song on Queen Latifah’s Beauty Shop soundtrack, ‘Hard Times.’

6. Chico is the only male DeBarge who sings in a tenor voice, unlike his brothers, who are known for their high, falsetto voices.

7. Has recorded the most solo albums (6) of the DeBarge family, equaling the same amount of releases as DeBarge.

8. Chico is the youngest of the singing DeBarge family.

9. He is scheduled to do a show in July with older brother, El.

10. Chico DeBarge did a cover of Marvin Gaye’s Trouble Man for his ‘Long Time, No See’ album.

Do You Have a Private Student Loan? Watch Out for â€œAuto Defaultâ€