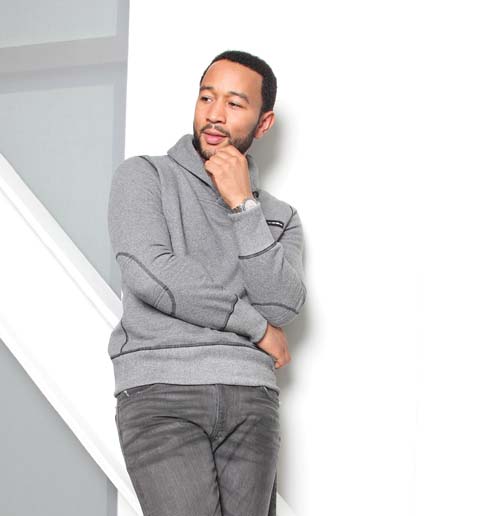 In his latest album, Wake Up! a collaboration with The Roots, six-time Grammy award-winning artist and global humanitarian John Legend sings socially and politically driven soul and R&B “protest musicâ€ from the ’60s and ’70s to bring some of today’s most pressing issues to the forefront. In an interview with Marc Lamont Hill, host of Our World with Black Enterprise, the 31-year-old Springfield, Ohio, native speaks about his message to the hip-hop generation, the issues of our time, and how he uses his position as an artist to inspire change.

As an activist and voice for the public, do you think Obama has delivered on his promises of hope and change?
People are blaming Obama because they expect too much from the power of the president to make change [happen] quickly. If you look at his legislative record, he’s gotten a lot done. Most presidents would envy his accomplishments. If you told them in their first 18 months that they would pass healthcare, a serious financial reform bill, that serious education reform would begin, that a [nearly] $800 billion stimulus plan would be effected to put more people back to work, which I think saved a lot of jobs–all these things happened in 18 months, which is remarkable. But it’s still not enough to turn the country around in 18 months.

One of the big issues is the education piece. You have been front and center in this conversation.
I’ve been working with the Harlem Village Academy. It’s a public charter school and these kids come from the same neighborhoods as the kids in the public schools. They’re selected randomly and deserve an investment in their future just like every other human being. They come out doing so well, on the path to college and graduating from college. It’s clear that some models are working really well. They’re working in places where people didn’t believe they could work before.

You come from one of those places, right?
I come from a city where 40% to 50% of our kids drop out of high school. I did well in high school and then went on to an Ivy League school, but I was the exception. We need to do more to make sure every kid has a quality education. It’s particularly poignant in the black and Latino communities because we’re losing so many of our kids, particularly our young men. We end up blaming the students or their parents, but their parents were in the same system 20 years ago and we’re expecting different results but not changing the system.

You were also involved with the documentary Waiting for Superman, which analyzes the failures of the American public school system. What do you hope the film will accomplish?
I wrote the title song, “Shine,â€ which is also on the album. The film follows the kids and their families and you get to know them. You can’t help but say these are our kids and we need to do what we can do to fix this system. It’s an emotional film. It makes you cry. It makes you empathize with the families and makes you a little angry that our system has allowed this to happen. Hopefully we’ll hold our politicians, our leaders, and our schools accountable for making real change on behalf of these kids.