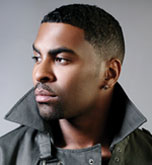 Elgin “Ginuwineâ€ Lumpkin rose to stardom after his 1996 debut with his first single, “Pony.â€ But just four years later, both his parents had died and the multiplatinum R&B artist spiraled into a major depression and turned to substance abuse. The father of eight and his wife Tonya, former hip-hop artist SolÃ©, have since focused their efforts on helping individuals battle mental illness. In 2008, the couple partnered with philanthropist Terry Mason to start S.P.R.U.C.E. (Special People Requiring Unique Care Equally), a Kansas City, Missouri-based program that assists adults who are mentally ill or have developmental disabilities. The 34-year-old Washington, D.C. native opened up to Black Enterprise about his bout with depression and what he’s doing to help others.

You recently founded a program to provide assistance to people with psychiatric disabilities. What brought you to the cause?
There are a lot of mental illnesses [in] the black community. My dad shot himself in the head. He called me before he did it. As a father he was trying to hold up a strong presentation for me and for his family, but deep inside he was hurting. I feel like that sometimes now, but I’ll say something. You don’t want to keep everything in because it will start to pack on and you’ll never know what you will do when you get to that breaking point. It’s important to just talk.

When were you aware that depression was a problem for you?
My mom died of cancer the year after my father. It really hurt me. I was ready to end it a few times. I knew I was suffering from depression; I was turning into another person. The people around me didn’t even want to be around me. I didn’t like the person that they were telling me that I was. I took the road of self-medicating. Drinking was one of my getaways; I got caught up in partying and drugs like weed and Ecstasy. I needed that getaway for a while because at that point I felt like I had no shoulders to lean on, no one to talk to. And being a father, I had people depending on me. It was a lot to bear.

Depression affects a lot of families but it is seldom publicly discussed. Were you open to getting help?
I didn’t want anyone around me even though I knew I was sad and needed people around me. I didn’t want to bring my situation on others. I went to a psychiatrist one time and they tried to put me on medication. To me that’s just messing yourself up even more. I started telling myself, “You’re stronger than this. You’re not going to fall victim to drugs and be one of those statistics you read about.â€ First you have to realize that you have a problem. Then you have to do something about it and dedicate yourself to doing that. In 2005 I started going to church and got saved. That’s when everything really started to become clearer.

And now you’re using your platform as an artist to help those who are still going through it?
It’s my duty as an artist, a father, a husband, as a man period, to be a firm example of what it means to be a helper and what it means to make a statement as a man and stand strong. I’m around youngsters a lot, and I think as far as the younger generation, depression is one of the biggest illnesses among us right now. The only way I can see to fix that is to bring awareness to it. And that’s why I try to do that every opportunity I can. That’s why every opportunity I get, I explain to the young generation how vital it is to talk to people, and open your mouth and let someone know that you’re going through something. Because I totally understand depression. I’ve been there, I’ve been through it.