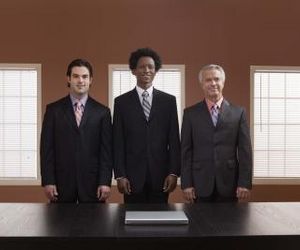 Often when we think of entrepreneurs, we envision individuals n their 20s and 30s starting their own companies. But the increasing reality is that baby boomers are likely to start businesses for themselves — and create jobs in the process.

The self employment rate for adults 55 and older is 16.4 percent, according to the Bureau of Labor (BLS) statistics.

“We do see much higher rate of self-employment among older workers,â€ said BLS economist Steven Hipple, “as people age, they’re more likely to accumulate capital or have access to credit.â€

Older workers have historically seen an advantage in forming businesses, but baby boomers have fared even better than younger entrepreneurs during the Great Recession. Their labor participation rate has climbed steadily over the last decade; while for younger workers it dropped in 2008.

Boomer businesses may also be more successful. BLS data shows the majority of older workers with incorporated businesses are involved in higher-paying management and sales service. Nearly two-thirds of them have paid employees, compared to just over one-third of incorporated firms owned by 25-34 year-old entrepreneurs.

Experience is another key advantage boomers have over their younger peers. Older students are often more focused, according to Sevanne Kassajian, a FastTrac program instructor at the City University of New York. FastTrac is an entrepreneurial program designed especially for boomers.

“Older entrepreneurs are a little clearer about what they like, who they are, and why,â€ she finds, “and that gives them the ability to see more clearly who their target market is