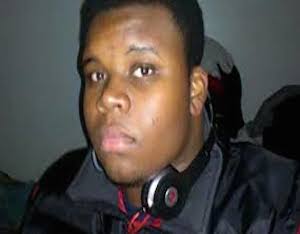 The unarmed black teen who was killed by a white police officer and has sparked a debate about police assault in America has finally had his autopsy report unveiled by the St. Louis County Medical Examiner’s Office.

Michael Brown, 18, was fatally shot dead in Ferguson, Mo., in August, and according to the report, the first few bullets struck his hand at close range. According to The St. Louis Post-Dispatch, Suzanne McCune, the administrator for the county medical examiner, acknowledged that the report was accurate, but said that the office did not release it to the newspaper.

The autopsy states that no powder stipple (or mark) was identified on the six entry wounds to Brown’s head, chest and arms. Experts who have given their opinions, but are not involved in the investigation, told the Post-Dispatch that the autopsy suggests a struggle at close range. Dr. Michael Graham said that the examination indicated a shot traveled from the tip of Brown’s right thumb toward his wrist.

The official report notes an absence of stippling that indicate a shot fired at relatively short range. Graham said, “Sometimes when it’s really close, such as within an inch or so, there is no stipple, just smoke.” The county reports differ in some ways from the autopsy conducted at the request of Brown’s family, which concluded the shots were fired from at least a foot away and as far as 30 feet away.

The county report claims that Officer Darren Wilson’s gun went off during the struggle between himself and Brown and that afterwards, Brown fled. Wilson eventually gave chase and opened fire when Brown turned and starting running back toward the officer. Pathologist Michael Baden counters the county’s autopsy report, as he was the individual who examined Michael Brown at the behest of the family.

He concluded that the bullet wounds found in Brown’s arms could have been sustained by putting his hands up or crossing his arms.