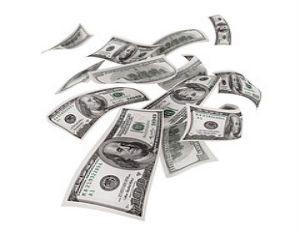 StartEngine partner, Elio Motors, has disclosed the most successful equity crowdfunding campaign to date, as nearly 5,000 investors expressed interest of more than $16 million in just 19 days. Elio Motors is a greentech automotive startup raising funds for the 2016 launch of its three-wheel, two-seat enclosed vehicle that is expected to sell for $6,800 and get up to 84 MPG. Elio Motors’ goal is to raise $25 million through the campaign.

StartEngine is an equity crowdfunding platform that was made possible on June 19, when the SEC enacted Regulation A+ of Â Title IV the 2012 JumpStart Our Business Start-up (JOBS) Act, enabling private companies to raise up to $50 million from both non-accredited investors and accredited investors–or those making at least $200,000 a year or have a million dollar net-worth, excluding their homes.

“We’re always looking for new ways to do things and crowdfunding is certainly the wave of the future for entrepreneurs, start-up organizations and investors,” Paul Elio, founder and CEO of Elio Motors, said in a statement.Â  “With so many people expressing interest in our vehicle and our company, it shows we are on the right track — both in how we have developed and marketed this vehicle and also in how we are raising the capital needed to continue our march toward production.”

Elio sees crowdfunding to raise capital for the company as a natural evolution of its grass-roots based strategy. The company has already taken nearly 45,000 reservations for a spot in line to purchase a vehicle and routinely has people lined up around the block to see the vehicle at its tour stops across the country.

Title III of the JOBS Act (“Crowdfunding for Equity”) still has not passed the SEC’s rulemaking powers. It will not go into effect for several months, whereas Title IV of the JOBS Act (Capital Formation) went into effect last month. Both rules will allow non-accredited investors to invest their money in a company. Under Title III startups can use equity crowdfunding to raise up to $1 million and without requiring registration.

Some are calling Regulation A+ the “mini-IPO” option because of the amount of money involved and the potential number of shareholders.Â Until recently the cost of a full blown IPO was simply out of reach for most smaller companies — with costs often running into the millions of dollars.Â Though there were some early attempts by the SEC to address this dilemma, until the passage of the JOBS Act of 2012 there were simply no good options.

Since 1933 the only lawful way a company could sell a piece of the action to a would be shareholder has been to either register the offering with the SEC, or find a suitable exemption. For smaller companies this has proven to be a challenging task, especially if companies wanted to bring within its fold prospective investors who were not financially blessed to be considered “accredited investorsâ€:

There are certain limitations under Title IV (e.g., only 10% of non-accredited investor income can be used for this purpose) but there are a significant number of expansionary rules in other areas.Â  For example, Section 12(g) of the Exchange Act would ordinarily prohibit a company from having more than 2,000 shareholders.Â  Regulation A+ will eliminate that prohibition. More importantly, a company can “test the waters” prior to filing papers with the SEC (or states) to see if any investors are interested. 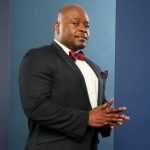