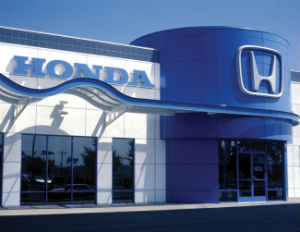 On March 11, 2011, a magnitude-9.0 earthquake rocked northern Japan, followed by a devastating tsunami that hit Japanese automakers hard. Manufacturing production was halted for several days, resulting in a shortage of parts and suspending the auto supply chain. In November of that same year, catastrophic flooding in Thailand again shut down Japanese auto production.

The shutdowns led to few new vehicle imports at U.S. auto dealers like March Hodge. Headquartered in Tampa, Florida, March Hodge owns 14 dealerships in six states, and only one, which sells Cadillacs, is domestic.

March Hodge’s portfolio is mostly Japanese autos: Honda, Mazda, Mitsubishi, Toyota, and Nissan, including luxury brands Lexus and Infiniti. It also sells Volkswagen (German), Volvo (Swedish), and Jaguar Land Rover (British). “We adapted to the downturn by focusing on our fixed operations and service of parts and by controlling our expenses,â€ says co-CEO Tony March. March Hodge’s dealerships also weathered the storm by focusing on customer retention and concentrating on pre-owned car sales, up 28% in 2012.

It was in 1998 that Tony March combined his four franchises with Ernest Hodge’s three stores to create March Hodge Automotive Group, one of the nation’s largest privately held dealership holding companies. The auto crisis of 2008—2010 and multifaceted damage caused by the natural disasters of 2011 have served as a testament of March and Hodge’s leadership and resourcefulness.

Another game changer was a newly built Nissan store in Bowie, Maryland, that opened in the first half of 2012. Even in its first year the store had sales of $33 million, strong enough to make a difference, outpacing the manufacturer’s expectations.

March Hodge is one of a handful of be auto dealers mostly made up of imports. What further sets March Hodge apart is its team of co-owners. Since its inception, as the company began to build or acquire new stores, its winning strategy was to offer equity partnership stakes–15% to 25%–to the dealer or president running the operation.