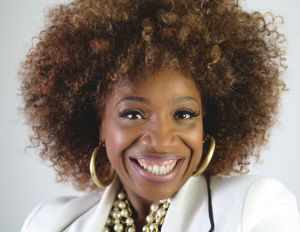 On Nov. 25, Lisa Nichols appeared as the featured guest on Black Enterprise’s Women of Power 2015 Twitter Chat. The chat was hosted by digital producer Courtney Connley, who asked Nichols how the life coach, CEO and founder of Motivating the Masses inspires women today and tips for becoming a women of power. Nichols shared such powerful and inspiring thoughts with us.

The chat focused on her participation at the upcoming Women of Power Summit, along with her recent business initiatives. The entrepreneur wrote, “I think women are more afraid of how people will handle their power rather than channeling it themselves.â€ She also said, “You’re a woman of power when you learn to just be!â€ The motivation guru is one of the first African-American women to fund a publicly traded company. Nichols transformed her life from the rock bottom up, from a struggling single mom to a now millionaire, she is spreading the message that it is possible for anybody to do if you work hard enough. She speaks around the world to millions and specializes in empowering others, and is one of the most sought-after transformational speakers.

In case you missed the chat with Nichols, check out details below:

Don’t Get Caught Up: 3 Signs of Holiday Stress