An audit which found that the federal government paid millions to deceased farmers said that the Department of Agriculture is at fault because it lacks the ability to track the funds, according to a report in the New York Times.

It’s news that comes as the House and Senate are set to hammer out a deal that could expand assistance to farmers. The findings also has critics up in arms over the federal government’s controls over subsidies.

“The Agriculture Department generally agreed with the findings in the report but said it disagreed with the characterization that it did not have sufficient controls in place,” the Times report says. 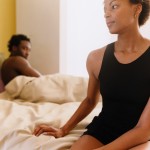 Recognizing The Signs of Financial Infidelity