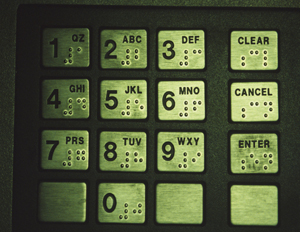 Talk about the high-tech robbery! No ski masks or guns needed for the network of thieves who stole $45 million from thousands of bank ATMs in just a few hours.

However, not all the thieves were clever enough to get away. (Some of them here in New York City were dumb enough to snap cell phone photographs of themselves posing with piles of cash. Geniuses!)

On Thursday,Â federal prosecutors in New York City unsealed an indictment charging eight men involved in the heist, considered one of the largest in New York City history and possibly the most sophisticated cybercrime attack ever uncovered.

Kim Peretti, a former prosecutor in the computer crime division of the Justice Department told the Times the heist is evidence of a serious flaw in security for the global banking industry.

“When you have a scheme like this, where the system can be manipulated to quickly get access to millions of dollars that in some sense did not exist before, it could be a systemic risk to our financial system,â€ she said.

Popularity vs. Proficiency: How Managers Can Motivate Teams for Effective Leadership