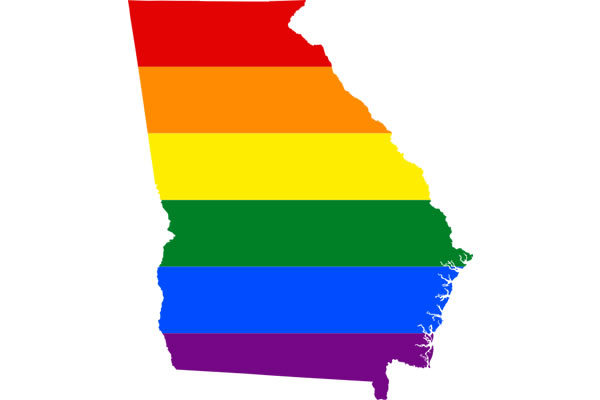 Hundreds of LGBT entrepreneurs have gathered in the ATL to attend the Many Faces One Dream Tour (MFOD) that was launched by the U.S. Small Business Administration and the National Black Justice Coalition, a national black lesbian, gay, bisexual, and transgender civil rights organization.

The LGBT economic empowerment tour for communities of color is intended to focus on increasing the community’s economic power, creativity, and innovation in the small business sphere,

ATL (Aug 11 to 13) is the second stop of 13 major cities throughout the country that will host the tour (nbjc.org/many-faces-one-dream). These cities have a significant LGBT presence in communities of color, including Oakland/San Francisco, Los Angeles, New Orleans, Chicago, Washington, D.C., and Philadelphia. MFOD will touch down next in New York City, October 20-22.

“Equipped with the necessary resources and tools, LGBT small business owners and entrepreneurs will have access to a wealth of knowledge, opportunity, and economic growth,â€ says Eugene Cornelius Jr., deputy associate administrator for field operations at the SBA. “President Obama and our administrator, Karen G. Mills, taxed SBA as an agency to make sure we reached out to all underserved communities, particularly communities of color, and then expanded that outreach to the LGBT community.â€

The SBA guarantees $25 billion annually in loans to all small businesses. “We want to educate African American and LGBT entrepreneurs on how not only to take advantage of those loan guarantees but also $500 billion in products and services that the federal government awards in contracts,â€ he adds.

The tour’s organizers have rolled out a cadre of LGBT people of color who are stakeholders, entrepreneurs, corporate executives, and elected officials to serve as national ambassadors for the initiative, including George Carrancho, diversity markets manager, American Airlines; Frantz Tiffeau, senior manager of diversity initiatives, Office Depot; and Rosalyn Taylor O’Neale, a principal consultant at Cook Ross and former chief diversity and inclusion officer at Campbell Soup Co.

Tour participants get to select one of two tracks: “Starting Your Businessâ€ and “Taking Your Business to the Next Level.â€ In the first track, training will address fundamentals such as the key elements of a business plan, loans, marketing, and SBA’s program and services. The second track will be geared toward LGBT firms that are currently in business but want to expand and grow sustainable enterprises through contracting and procurement opportunities.

In addition, each city hosts a “Small Business Marketplaceâ€ featuring SCORE counselors, financial services, and certification agents to help LGBT business owners better understand the certification process and how to do business with the local, state, and federal government.

A Blessing in Disguise: 6 Ways Getting Fired Can Boost Your Career