Aretha Franklin Set to be Honored With Billboardâ€™s Icon Award 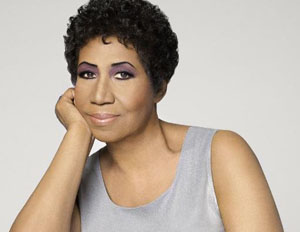 Respect! Aretha Franklin will be presented with Billboard‘s Women in Music Icon Award—the first of its kind—on Dec. 12 at Cipriani in New York City. In the magazine’s Dec. 3 announcement, Billboard described the prestigious trophy for an iconic “female artist whose career has had a lasting impact to the music industry.â€

The Queen of Soul will be recognized, alongside Woman of the Year (Taylor Swift), Rising Star (Ariana Grande), Breakthrough Artist of the Year (Idina Menzel), and Paramore’s Hayley Williams for Trailblazer. Her new album, Aretha Franklin Sings The Great Diva Classics, was released on Sept. 20. On the CD, she inimitably interpreted diva classics by Dinah Washington, Gladys Knight, Gloria Gaynor, Barbra Streisand, Alicia Keys, and others. She earned her highest-charting album since 1985 with the arrival of Aretha Franklin Sings the Great Diva Classics, stated Billboard.com. In the record’s first week, it sold 23,000.

Lately, Franklin has been featured on various media outlets like doing a sit-down interview withÂ The Wall Street Journal, and a performance on the Live with Kelly & Michael show. She has even participated in a Twitter chat by answering questions from fans as music executive Clive Davis moderated.

“My children are my greatest achievement. My 19 grammys. Achieving a greater level of understanding, of people!,â€ was a Nov. 3 tweet from Franklin directed to Davis with an “Ask Arethaâ€ hashtag.