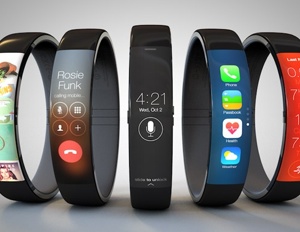 Apple’s rumored wearable device could already have a name, and it was leaked by Apple itself.

According to USA Today, the tech company received 40 patent approvals on Tuesday, including one with designs of a “mobile electronic device” that looked like, well, a smartwatch.

Included in a diagram in the patent filed in 2011 is a front-facing picture of the watch with the word “iTime” on the face.

It definitely isn’t a guarantee that the company will call its first wearable device iTime, but it’s a hint as to what Apple is thinking.

Apple’s wearable device is an inevitability rather than a surprising entrance into a new market category. Google has already released its wearable device software, Android Wear, and has partnered with companies like Motorola, Samsung, and LG to get it into the companies’ latest smartwatches.

Motorola’s Moto 360 smartwatch is one of the most anticipated devices in the nascent smartwatch space, thanks to its round screen that makes it more a fashion accessory than a nerdy gadget.

Apple’s iTime design is rectangular and features a touchscreen, so it could be a turn-off to people who dislike the square, bulky smartwatch designs coming from Samsung and LG. It also details the use of an electronic wristband, which could give the square smartwatch display additional features, perhaps if used with a wristband designed for a specific activity.

But companies often file patents for products that never see the light of day, and Apple is no exception. It has patents ranging from MacBooks laptops with built-in projectors to sharing your favorite iOS apps with friends. The company isn’t shy about locking down its ideas, but it shouldn’t be seen as a guarantee that they’ll ever come to fruition. 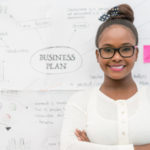 Do You Need a Business Plan For Your Startup?

Industry Leaders in Business and Entertainment to be Honored at F.A.C.E List Awards