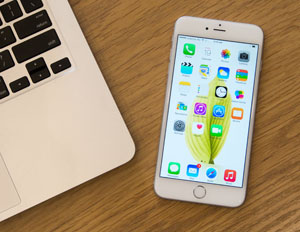 If you thought Apple’s text-eating iMessage bug was over, think again.

According to Reuters, Apple is now facing a Federal lawsuit over how it handled the disappearing messages sent to newly activated Android phones with numbers formerly associated with iPhones.

Apple’s iMessage bug works like this: after switching devices, the newly activated Android phone would not receive texts from iPhones thanks to an issue with iMessage that basically blocked the texts.

The issue was observed only with iPhone users switching to Android devices. And if you went back from your Android device to the iPhone, there was no problem.

Apple has since released a fix for the issue, a site that lets you remove your phone number from its iMessage list when you are switching smartphones.

But unfortunately, plaintiff Adrienne Moore claims the message-blocking bug in Apple’s iPhone “interfered” with her contract with Verizon, and is now pursuing a class-action lawsuit, seeking unspecified damages.

San Jose, California’s U.S. District Judge Lucy Koh declared that Moore had the right to argue how Apple’s bug both disrupted her Verizon contract and violated an unfair competition law in California.