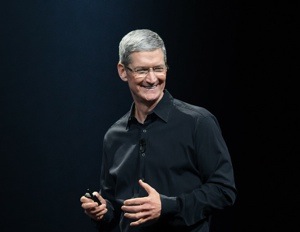 Apple’s newest board member is adding a little diversity to its group of directors.

In a news release, the company announced that Sue Wagner, founding partner and director of asset management company BlackRock, is joining its board of directors. She is also replacing the company’s oldest board member, Bill Campbell.

“Sue is a pioneer in the financial industry and we are excited to welcome her to Apple’s board of directors,â€ said Tim Cook, Apple’s CEO. “We believe her strong experience, especially in M&A and building a global business across both developed and emerging markets, will be extremely valuable as Apple continues to grow around the world.â€

Campell, who has been part of Apple since 1983, when he joined the company as vice president of Marketing, has served as a board member for 17 years.

He is also currently chairman of the board for Intuit. “Bill’s contributions to Apple are immeasurable and we owe him a huge debt of gratitude. On behalf of the board and the entire company, I want to thank him for being a leader, a mentor and a friend,” said Cook. “When Bill joined Apple’s board, the company was on the brink of collapse. He not only helped Apple survive, but he’s led us to a level of success that was simply unimaginable back in 1997.â€

The addition of Wagner to the company’s board of directors brings the number of women on the board to just two; Andrea Jung, President and CEO of Grameen America, is also a board member.

Corporate diversity hasn’t been Apple’s strong suit; the company has only one woman executive, and no executives of color. Google, on the other hand, has one Indian and one black executive, but no female executives.