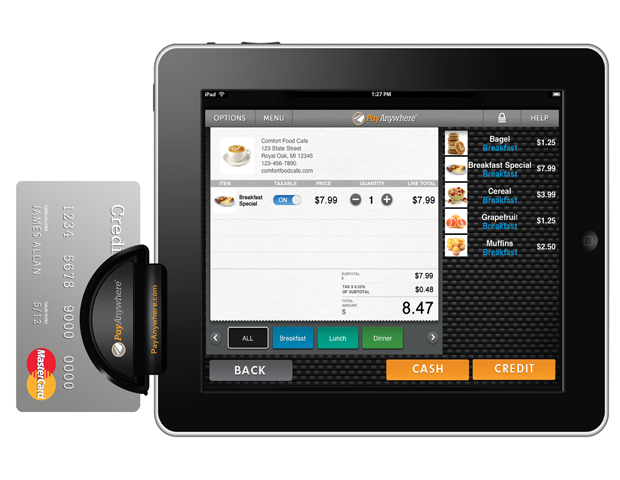 No cash, no problem. Whether you're a street vendor hawking your wares in the middle of the urban jungle or the only friend with cash after a lunch date and you need to split a check, the free PayAnywhere device and app will let you turn your smartphone into a cash register. If you have an iPhone or iPad, you can link to a cash drawer and an AirPrint-enabled or Star thermal printer to transform PayAnywhere into a POS-lite interface. PayAnywhere adheres to the strictest standards of PCI compliance ensuring your customerâ€™s data remains safe and secure. For the convenience, you'll only pay 2.69% per swiped transaction or 3.49% + $0.19 per keyed transaction.

Apple announced on Tuesday it’s launching a 128GB iPad. The new device is virtually identical to the fourth-generation iPad, but has way more memory. It’s the largest storage-offering on a tablet to date.

For consumers interested in purchasing the device, this iPad will cost you. The 128GB iPad 4 is priced at $799 for the Wi-Fi model and $929 for the Wi-Fi + LTE version. It features everything that debuted with the fourth-generation iPad back in October: Retina display, Lighting connector and iOS 6, reports HuffPost Tech.

Back to Basics: All You Need to Know About Facebook Lists