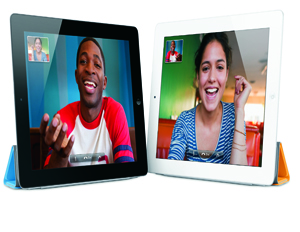 Apple bought the rights to the name “IPADâ€ from Proview Electronics’ parent company, Taiwan-based Proview International Holdings, in 2010. But unbeknownst to Apple those rights have not been extended to China.

The China-based company has registered trademarks for the name “IPADâ€ in Europe, Mexico, China and other parts of Asia, according to the Los Angeles Times. The company’s hope was to launch their own tablet but the plans never materialized.

In December, a court in Shenzhen unexpectedly rejected a lawsuit by Apple, claiming it was the rightful holder of the iPad name.

Since then, Proview Technology has filed complaints in 20 cities, urging authorities to prohibit the U.S. tech giant from selling or marketing its device. The company has also filed lawsuits against Apple and separate retailers in Shanghai, Shenzhen and Huizhou, a city in the southern Guangdong province.

Xie Xianghui, a lawyer for Proview Technology, said a district in western Beijing (which houses one of the two official Apple stores in the city) had initially agreed to fine Apple about $39 million.

The penalty was suspended pending Apple’s appeal of the Shenzhen court’s decision.

Behind Fashion Week: 5 Black Professionals To Watch in 2012