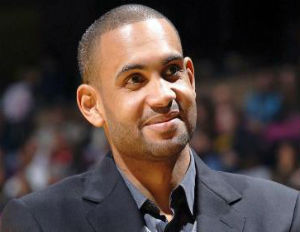 The NBA’s 2015 eastern-conference winning Atlanta Hawks have been for sale since September of last year, when their co-owner Bruce Levenson came forward about a racially charged email that he’d sent two years earlier. At the time, the NBA was still reeling from the former Los Angeles Clippers owner David Sterling’s remarks and actions which were also racist in nature. According to NBA.com, Levenson’s email was uncovered during the team’s internal investigation of general manager Danny Ferry, who made racially derogatory comments about potential free agent signee Luol Deng during a conference call with the ownership group.

[Related: Where Are They Now? Casualties of the NBA’s Amnesty Clause]

Zach Harper of CBS Sports tweeted the teams official statement announcing the sale of the Hawks Wednesday night. According to the release, the group that comprises the new ownership is made up of billionaire Antony Ressler, who made his fortune in private equity; 18 year NBA vet Grant Hill, who won Rookie of the Year during the 1994-95 season and was a seven time all star; private equity investor Richard Schnall; Spanx Inc. founder Sara Blakely, and her husband, Jesse Itzler who is a co-founder of Marquis Jets.

In a team release obtained by Bloomberg Business, Ressler says “We are honored and thrilled to have been chosen to become the new stewards of the Hawks, we are incredibly excited by the Hawks’ success and wish them luck in the playoffs.â€ Bloomberg Business spoke with sports consultant Marc Ganis, the founder of SportsCorp Ltd., about Ressler and his purchase – “This is a guy who has done his due diligence and is coming in with the intent on running a great franchise. He wants to run a basketball team because he wants to run a basketball team — not because he wants to be a real estate or media mogulâ€ said Ganis. This is Ressler’s second recent attempt at owning an NBA franchise after bidding unsuccessfully for the Los Angeles Clippers, which were sold for $2 billion last year to former Microsoft CEO Steve Ballmer.

The Atlanta Hawks have played very well despite dealing with issues surrounding the sale of the team, and most recently, the season ending injury sustained by forward Thabo Sefolosha, which he claims was at the hands of the NYPD. The team has won two games in a best of four series against the Brooklyn Nets, and play game three on Saturday.